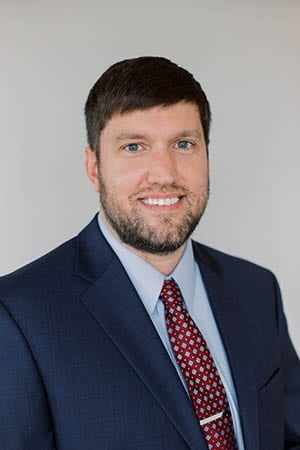 Bradford T. Walden joined the Alexander Shunnarah Personal Injury Attorneys, P.C. team as a law clerk in 2009. From 2010-2012, he served as a case manager, before becoming an attorney in 2012. Since joining the firm, he has developed deep expertise in car accident, trucking accident, premises liability, and wrongful death cases. In the past 3 years, he has negotiated more than five million dollars in settlement proceeds for his clients.

Bradford is an active member of Church of the Highlands. He enjoys spending time with his wife and two kids, and enjoys hunting, fishing, running, basketball, baseball, and all things Alabama football.

Bachelor of Science in Finance: 2006