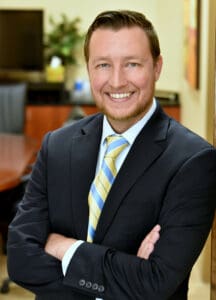 Attorney Brian Hunt earned his Juris Doctorate from Elon University School of Law. Mr. Hunt cut his teeth as an attorney working relentlessly on a three-week trial in Mooresville, NC, which is where he first met Mr. Dewey. Mr. Hunt & Mr. Dewey were able to settle the claim to the satisfaction of all parties involved. He then began to work as an associate with both Mr. Dewey & Ms.Ramsay, before joining Dewey, Ramsay & Hunt, P.A., as a named partner and being promoted to Associate at the Ramsay Law Firm, P.A.