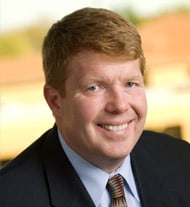 In 2012, Brian and other Wagstaff & Cartmell attorneys reached a $10 million class action settlement with an engineering firm on behalf of a class of Missouri landowners. Also in 2012, he, Marc Erickson, and other Wagstaff & Cartmell attorneys and staff settled a commercial case against the City of Kansas City, Missouri for $15 million on the Friday before trial was to begin. In addition, Brian has represented banks involved in commercial disputes in Missouri and Kansas.

In personal injury matters, Brian has represented burn victims who were killed or injured by such things as anhydrous ammonia, electricity, scalding water, and fuel-fed auto fires. In one such burn case, Brian achieved a $5.7 million verdict for his clients, which was the fifth largest verdict in Missouri that year. Brian has also prosecuted cases against pharmaceutical makers for injury and death.

In addition to trial work, Brian practices in the appellate arena. Some of his reported cases have, for example, successfully reversed a $5 million verdict, an adverse judgment against clients in trust litigation and protected a $1 million insurance coverage judgment for clients.

Some examples of Brian�s experience include:

Brian Madden, Marc Erickson and Eric Barton, with the assistance of other Wagstaff & Cartmell attorneys and staff, settled a commercial case against the City of Kansas City, Missouri (City) for $15 million on the Friday before trial was to begin. The case involved a failed Tax Increment Financing (TIF) Plan called �The Citadel� near 63rd and Prospect streets in Kansas City, Missouri. Our client, Citadel Plaza LLC, (Citadel) entered contracts with the City and TIF Commission for redevelopment of a blighted neighborhood in the City�s urban core. The City was to provide partial funding for the redevelopment project, but failed to do so after our client Citadel expended significant time and money redeveloping the site. When the City failed to fund, the development project stalled and failed. As a result, our client Citadel suffered substantial losses. The settlement with the City calls for the land that was cleared and assembled by Citadel and other landowners to be transferred to the City for future redevelopment.

Brian J. Madden, Marc Erickson and Joan Toomey represented real estate developer Prospect North, LLC and its related entities against the City of Kansas City, Missouri regarding breach of cooperative agreements for the development of 80 blighted acres located in Kansas City. The real estate development was part of an approved TIF plan in which the developer contributed the land and agreed to build public and private improvements in exchange for the City�s agreement to fund certain public improvements. After extensive delays alleged to have been caused by the City, the project failed when the developer�s lender foreclosed on the land in the project that secured private loans on the project. After extensive discovery and depositions of multiple expert witnesses, the case settled for $6 million on the eve of trial.

Wagstaff & Cartmell, on behalf of a class of Northwest Missouri landowners, reached a $10 million class action settlement with an engineering firm. Buchanan County Circuit Court Judge Jackson has approved the settlement. The case involves allegations that Prime Tanning, a St. Joseph tannery, distributed tannery sludge containing hexavalent chromium produced from its tanning operations to landowners to use as fertilizer in four Missouri counties from 1983 through 2009. The defendant engineering firm provided consulting services to the tannery during some of that time period. Numerous attorneys and staff from Wagstaff & Cartmell contributed to this representation and to achieving this result for our clients, including Brian Madden, Tom Cartmell, Tom Wagstaff, Jr., Diane Watkins, Joan Toomey and others.

Brian Madden and Ty Hudson settled a commercial case against an engineering firm and a financial services firm over a failed natural gas project in rural Missouri for a confidential amount. A small town in Missouri, through a financial services firm, sold Certificates of Participation to fund the project. Our client, a community bank, purchased a share of the Certificates of Participation. An engineering firm prepared a feasibility study that indicated the project would pay for itself. However, the project failed after it was built because the number of people expected to switch from propane to natural gas fell far below projections from the engineering firm. As a result of the project failure, our client suffered significant losses in its investment.