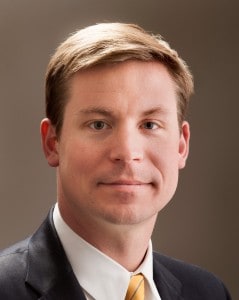 Brody Reid is an experienced and zealous trial attorney. Focusing on assisting injured individuals and their families during tough times, Brody has worked tirelessly to help individuals in his hometown in the years since law school. Throughout his career, Brody has successfully represented over a thousand clients in the areas of Workers' Compensation, Personal Injury, and Civil Litigation through jury trials, bench trials, appeals, and administrative proceedings.

Brody has appeared successfully before the Supreme Court of Virginia, Court of Appeals of Virginia, Workers' Compensation Commission, Circuit Court jury trials around Virginia, and General District Court trials. He frequently lectures around the sate

Brody's commitment to his community and to the people that live here led him to co-found Reid Goodwin and focus on the areas of personal injury, workers compensation, and civil litigation. Outside the office, he spends enjoys time with his wife, daughter, and dogs. He is also involved in several community service and charitable organizations, focused on improving the quality of life for all Richmond residents and families.

DISCLAIMER: ALL CASE RESULTS DEPEND ON A VARIETY OF FACTORS UNIQUE TO EACH CASE. WE CANNOT GUARANTEE OR PREDICT ANY SIMILAR RESULTS IN ANY FUTURE CASE UNDERTAKEN BY ANY ATTORNEY IN OUR FIRM.