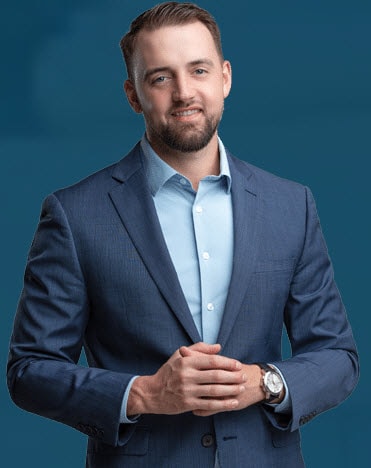 Chad is an attorney based in Nashville, Tennessee. He focuses his practice on car accidents, commercial vehicle accidents, general personal injury claims, and wrongful death. Chad grew up in Kansas City, Missouri where his father ran a family owned funeral home. Through his early years, he worked at the funeral home and gained an appreciation for helping people after losing a loved one, often the worst time in a person’s life. This appreciation fueled him through law school and when he began his practice as an attorney he wanted to focus on an area where he could help those when they need it the most, when they have either lost someone they care for or been injured..

In his free time he enjoys working out, playing golf at Nashville Golf & Athletic Club where he is a member, trying new places to eat (there is always something new to try in Nashville), whiskey, watching the Kansas City Chiefs and Royals, and most importantly spending time with his friends and family.