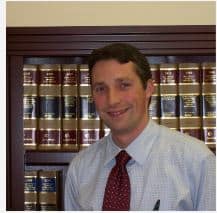 Attorney Christopher D. Brough founded The Brough Law Firm in 2005. Prior to founding The Brough Law Firm, he had spent two years working for the Spartanburg County Public Defender's Office. Mr. Brough was admitted to practice in the State of South Carolina in 2003 and is also admitted to practice in the United States District Court of South Carolina and the United States Court of Appeals for the Fourth Circuit.

Mr. Brough graduated from Syracuse University College of Law in 2003. During his time at Syracuse, Mr. Brough served as the managing editor for the Syracuse Journal of International Law & Commerce, served as an intercollegiate competitions director for Moot Court, and was chosen to be a member of the 2002 Willem C. Vis International Commercial Arbitration Team that competed in Vienna, Austria. Upon graduation, Mr. Brough was inducted into the National Order of Barristers.