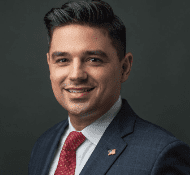 Cody Dishon is a fierce advocate in the courtroom who continues to recover millions of dollars each year for his clients. What separates Cody from any other lawyer is his passion towards his clients and the law, along with his determination to win. Winning matters just as much to him as it does to his clients. Some of Cody's best results have come from cases where the insurance company and their lawyers say there is no case. These cases often end up at trial where he has either settled in the middle of trial for large sums or received a favorable jury verdict.

Hard Work and Dedication to His Profession

He takes great pride in representing people who have been injured or wronged by others. Growing up in a working-class family, Cody knows firsthand the impact an accident can have on your life. He will be with you and your family every step of the way.

In just three years, Cody graduated from Lamar University with top honors and then went on to earn his Doctor of Jurisprudence from South Texas College of Law in Houston at the age of 24. During his tenure at South Texas College of Law, Cody participated in voir dire, deposition, mock trial, and mediation programs and advocated as an active member of the Democratic Students Association. He also received many honors during law school, including recognition on the Dean's list for multiple semesters, receiving the CALI Award for Excellence in Evidence and being declared the winner of the Texas Watch Hot Coffee Giveaway, a contest that required participants to explain why the U.S. civil justice system is important to all people.

Mr. Dishon is licensed to practice law in these courts:

Listed below are some of the cases in which Cody Dishon has served as lead counsel or was primarily responsible for the settlement or verdict. The client's ultimate total recovery may have been subject to medical liens and other third-party claims. These past results are not a guarantee or prediction of the outcome of any other cases. Each case presents its own unique facts and issues.

Successfully represented a family in a wrongful death suit against a major transportation and towing company. The suit involved a deadly collision in a narrow channel between a tugboat pushing several barges and our client's small fishing boat. Defendants argued, inter alia, that the family could not recover nonpecuniary damages under maritime law. After extensive litigation and briefing, the Chief Judge ruled the decedent -a commercial fisherman?to be a "nonseafarer" under Yamaha and therefore the family would be entitled to recover pecuniary and non-pecuniary damages under Texas wrongful death and survival statutes. See In re: Marquette Transp. Co. Gulf-Inland, LLC, 2016 U.S. Dist. LEXIS 55468, 2016 WL 1587382 (E.D. La. 2016).

Represented a father that injured his back after being involved in a dump truck accident. The dump truck driver sued our client, alleging he was at fault for the wreck. Our client's license was suspended at the time of the wreck. The client's back pain went away after having surgery. The case settled shortly before trial for $750,000.00 - our client's daughter was in the car and, fortunately, she was not injured. Attorney's fees and expenses totaled: $326,411.64

Secured a $2 Million-dollar settlement for a small business owner from Houston, Texas against one of the largest oil refinery in the United States. Our client was hired to clean tanks at the refinery. A dispute arose between the general contractor and the refinery. Despite the plant owner stating our client's work was "very favorable," our client was required to stand down and move out ? only without their equipment. The refinery wrongfully withheld our client's specialized equipment, costing our client to lose substantial business. Attorney's fees and expenses totaled: $666,902.84