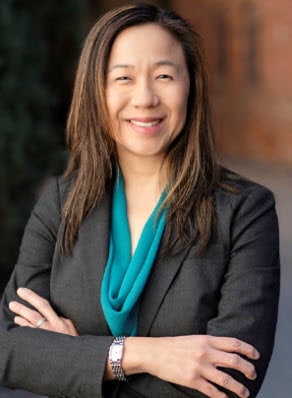 Cornelia Dai, a partner at Hadsell Stormer Renick & Dai LLP, specializes in employment, wage and hour, and civil rights law, with a focus on class actions and complex litigation. She represents individuals and groups at all stages of litigation, from pre-lawsuit negotiations through trial and the appellate process. She practices in both state and federal court.

Ms. Dai has fought to protect and vindicate the rights of individuals her entire career. She has successfully litigated a wide range of matters, including wage and hour violations, workplace harassment and discrimination, whistleblowing, and wrongful termination. She has obtained favorable settlements for her clients ranging in the hundreds of thousands to millions of dollars. Notable cases include Wang v. Chinese Daily News, a class action involving violations of overtime and meal and rest break laws by a Chinese-language newspaper company. There, she and her co-counsel obtained a judgment of more than $5.1 million in one of the first wage and hour class actions to go to trial by a jury in California. Ms. Dai was also one of the plaintiffs' counsel in South Central Farmers Feeding Families v. City of Los Angeles, a case brought on behalf of over 300 low-income families in a struggle to preserve land for a much-needed urban community garden in South Los Angeles. In addition, she was one of the Doe plaintiffs' counsel in the state litigation of the international human rights case Doe v. Unocal, which involved human rights abuses by a large oil company against Burmese villagers.

Ms. Dai is frequently asked by legal organizations and law schools to speak on employment and wage and hour topics. She is a graduate of UC Berkeley, and she received her law degree from USC Gould School of Law.

Lawyer of the Year in Southern California by Best Lawyers for Employment Law Individuals (Pasadena), 2018

The Best Lawyers in America, 2012-Present

Foundation for Advocacy, Inclusion and Resources, Board