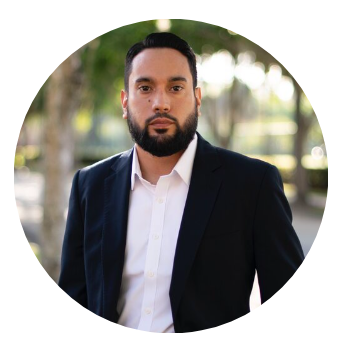 According to Wikipedia, Shaolin Kenpo Karate is a martial arts style that combines The Five Animals of Kenp_, the hard-hitting linear explosiveness of traditional Karate, as well as the power of Western boxing and the felling and grappling arts of JuJutsu, Chin Na, and Mongolian Wrestling. Daniel J. Garza earned his black belt in Kenp_ when he was only fifteen years old. Danny's dedication to this highly technical and deeply powerful offensive and defensive skill is surpassed only by his loyalty to your constitutional right to a trial before a jury of your peers. To say that the courtroom is Mr. Garza's briar patch is an understatement. A Miami native, Danny was the first in his family to attend college. Graduating from law school not only shows his natural intelligence, it also shows his grit. This bilingual king of the courtroom toasts the competition like Van Damme himself. Just like he did for his best friend at the age of twelve, should you need it, Danny Garza will dive into the deep end of the pool and save you from drowning.