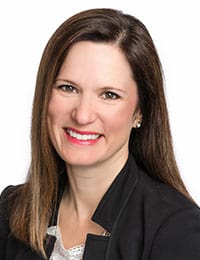 Dara Hegar joined the Lanier Law Firm in 1999 and is currently the Managing Attorney for the firm’s offices in Houston, Los Angeles, Oklahoma City, and New York. A Houston native, she has represented clients in each of the firm’s practice areas and has focused on trial coordination in intricate litigation matters. Dara has represented clients and Fortune 500 companies from across the nation. While her proficiency spans across all of the firm’s practice areas, her specialty has been managing complex litigations and providing specific insight at trial that has resulted in many significant verdicts and settlements over the past 18 years.

Admitted to the Texas bar in 1998, she received her Bachelor of Arts degree in Political Science with honors from Texas A&M University in 1995. She received her Master of Arts degree in International Relations and her law degree from St. Mary’s University, where she served with distinction as Associate Editor of the Law Journal in 1998. She further served as briefing attorney to the Honorable Richard H. Edelman at the Fourteenth Court of Appeals from 1998 through 1999, before joining the Lanier Law Firm.

Dara is a member of the Houston Bar Association, the State Bar of Texas, and the American Association of Justice. Dara also proudly serves on the Board of Directors of The Association of Former Students of Texas A&M University.

She resides in Katy, Texas with her husband, Glenn, and their three children.