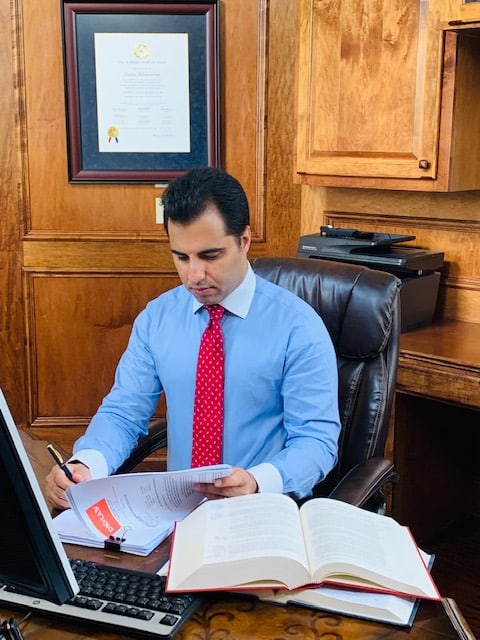 Mr. Khosravian is a lifetime member of the Million Dollar Advocates Forum and the Multi-Million Dollar Advocates Forum, one of the most prestigious groups of trial lawyers in the United States. Membership is limited to attorneys who have won million and multimillion-dollar settlements for their clients. Less than one percent of lawyers in the United States are members.

Mr. Khosravian is a graduate of the highly recognized Penn State Dickinson School of Law but chose to get licensed to practice law and help people in his home state of Texas.

As litigation co-counsel at one of the largest trial law firms in the country from 2012 to 2018, Mr. Khosravian obtained results for clients that resulted in numerous awards over $1 million. He also won the largest pre-litigation settlement in the firm's history, which resulted in a $350,000 settlement for the client. During his six-year tenure, Mr. Khosravian built relationships with hundreds of clients and diligently fought hard to bring all of their cases to strong resolutions as quickly as possible.

Mr. Khosravian is the proud son of hardworking immigrants, and in keeping with his family's entrepreneurial spirit, he felt a calling to open his own law firm, DK Law, PLLC. His practice focuses on representing Texans in personal injury cases involving auto accidents and hair salon burn claims, and he also handles employment law cases, assisting clients who have been wrongfully terminated.

Mr. Khosravian has represented countless Texans, from all walks of life, who were victims of serious crashes or wrongful terminations. For his entire career, Mr. Khosravian has been devoted to his clients because he respects and empathizes with what they have endured. He believes the best resolution to a case can only come from smart, aggressive representation.