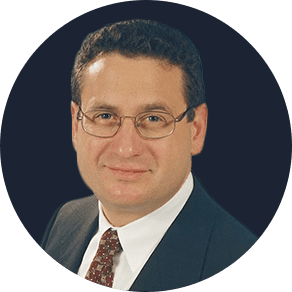 Those who know David Montlick know him to be a man of great warmth and high principles. He’s a hardworking and empathetic individual who believes in always treating people with kindness and respect. These core values were instilled early on when 9-year old David began working at his father’s furniture store. As he watched his dad close-up, David saw his father’s genuine attention and care, and how people really appreciated outstanding service. It was an early life lesson that stuck. Growing up in the family business and always working after school, on weekends and summers, David developed a strong, intrinsic work ethic and a true passion for helping others. Whether working in the warehouse, loading trucks, delivering furniture, sweeping the floors, or helping customers, David learned to value every job and every person.

While he knew that he wanted to devote his life to helping people, it wasn’t until several years later, at Emory University Law School, that David discovered his purpose in life. While clerking for other law firms, he quickly saw the need for a new type of injury law firm. He wanted to create a firm rooted in principles of honesty, loyalty, and integrity, and that was structured to give clients unobstructed access to their attorneys; with quality control and client satisfaction programs in place to ensure every client receives the gold standard in personalized service that they deserve.

This vision of building a truly unique and caring personal injury law firm soon became a reality. After practicing on his own for two years, David founded Montlick & Associates in 1984 with two very specific goals in mind: to give injured people high quality legal help with exceptional service, and to give back to the community in a really meaningful way. David constantly asked himself and others, “How would you want to be treated if you were the client?” This has always been a key guiding principle for the firm.

Today, as CEO and Founder, David leads the firm by example. He is proud of the amazing team of people who have helped build the firm, and is excited to watch the next generation of young adults, including the children of some of our most experienced team members (several of whom are now attorneys), follow in their parent’s footsteps with their own passion to help people.

In addition to his focus on firm operations, David stays true to his goal of giving back to the community. Since 1984, he has initiated, supported, and participated in a long list of award-winning public service programs, as well as local community sponsorships and volunteer events. Areas of service include helping families prevent injuries, driver safety, and supporting and honoring our troops and other community heroes.

Numerous recognitions and awards from both the public and private sectors attest to David’s commitment to helping others. Two notable examples are: 1) Recipient of The Association of the United States Army’s “Patriotism Award”, recognizing David’s outstanding support of the troops and their families, 2) Following David’s role as Founding Sponsor of the A4K Club (a national organization to help prevent bullying), David received a major tribute from the Georgia House of Representatives with the passage of House Resolution 394, recognizing David’s “significant organizational and leadership talents, his remarkable patience and diplomacy, his keen sense of vision, and his sensitivity to the needs to the citizens of this state that have earned him the respect and admiration of his colleagues and associates…” The House of Representatives’ Resolution went on to state “it is abundantly fitting and proper that the outstanding accomplishments of this distinguished firm and founder be appropriately recognized.”

On a personal level, David has been volunteering and supporting a local humane society with his youngest daughter for many years. He is an accomplished 3rd Degree Black Belt, and a Martial Arts Champion with two State Championships and two Top Ten World Rankings. David is also a Certified Instructor who has volunteered to teach over 2,000 martial arts classes to children and adults; to pass on not only self-defense skills, but also important life skills such as honor, integrity, respect, confidence, self-control, and perseverance.

Whether managing the growing law firm, volunteering his time and expertise, or simply lending a hand to a grass-roots organization or a person in need, David is always there with a warm smile and willingness to help. Above all, he considers himself a family man, eager to spend time at home with his wife, two daughters, and the family’s three energetic pups.