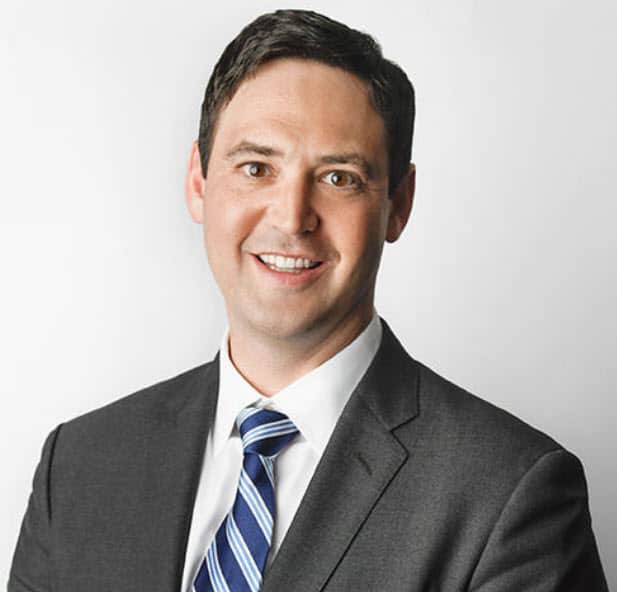 Prior to joining Romanucci & Blandin, LLC, David was a partner at Baizer Kolar Neiman P.C. In his last two trials, David earned verdicts on behalf of his clients totaling $70 million. In May 2018, David was part of the trial team with Bob Baizer and Joe Kolar that obtained a $25 million verdict for the wrongful death of a 43-year-old woman for failure to identify and remove an ovarian mass ultimately leading to a terminal cancer diagnosis. In March 2019, David first chaired a trial in which he obtained a $45 million verdict for the family of a woman who was killed in a car crash in Lake County, Illinois.

David received his Bachelor of Arts degree from Kenyon College in Gambier, Ohio majoring in American Studies. He then attended law school at William and Mary School of Law and Northwestern University School of Law. While in law school, David worked at the Cook County State?s Attorney?s Office. Following law school, he served as a judicial extern for the Honorable Judge John Daniel Tinder with the United States Court of Appeals for the 7th Circuit.

Currently, David is serving a two-year term as the Chairman of the Board of Directors of the North Suburban Legal Aid Clinic. The Clinic provides pro bono legal services to those who reside or work in the north suburbs of Chicago with limited financial means in cases involving immigration, domestic violence, and/or landlord/tenant issues.

Selected as an Illinois Super Lawyers Rising Star, a distinction awarded by peers to only 2.5% of Illinois attorneys, for the years 2015-2019.
Named an Emerging Lawyer by Law Bulletin Publishing Company?s Leading Lawyers Division for 2017-2019.
Named by the National Trial Lawyers Association as one of the top 40 trial lawyers in the state of Illinois under the age of 40 in 2013.

The North Suburban Legal Aid Clinic, f/k/a Highland Park-Highwood Legal Aid Clinic
Chairman of the Board of Directors of the North Suburban Legal Aid Clinic.
Deerfield Park Foundation
Treasurer for the Board of Directors of the Deerfield Park Foundation, which offers financial assistance to those in need in the Deerfield, IL.
Lambs Farm
Audit & Finance committee member to the Board of Directors for Lambs Farm, which is a non-profit organization that serves adults with developmental disabilities, charged with oversight of financial reporting, disclosure, and management.
Founded the Metropolitan Division of Lambs Farm, with the goal of planning and promoting fundraising events to support Lambs Farm.
Anti-Defamation League
Completed The Glass Leadership Institute in 2014, which is a nationally recognized young leadership development program for the Anti-Defamation League.