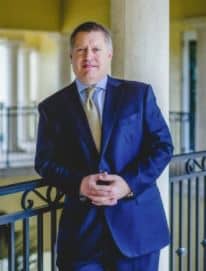 About David C. Rash
Florida-Trusted for Over 20 Years
David C. Rash is a nationally recognized trial lawyer whose mission is to make our communities safer by holding accountable those individuals, healthcare providers, and corporations that chose to violate the safety rules. Mr. Rash represents victims catastrophically injured or killed by system failures caused by medical malpractice, mass torts, admiralty and maritime disasters, or other negligent actions. The bottom line is that the 7th Amendment to the U.S. Constitution guarantees everyone a right to a jury trial in civil cases, and Attorney Rash believes the only way to deter wrongdoers is for juries to enforce the safety rules and provide justice by way of a verdict for the victim. For more than two decades, Attorney Rash has been providing honest, aggressive and successful representation to those injured or killed by wrongdoers.

Contact our team online or by phone at (954) 914-7116 to schedule a free consultation with one of our dedicated, award-winning attorneys. You deserve to have your rights protected by those who care about you.

Personal Life
David Rash is married now for nearly 25 years to his soulmate, Ricki, and they are extremely proud of their two children, Rebecca and Charlie. Besides his family and faith, David's passions in life include enjoying the outdoors particularly snowboarding in the “Big Sky” country of Montana. He also strives to live in accordance with the tenets of Taekwondo (courtesy, integrity, perseverance, self-control and indomitable spirit) after having practiced and competed for many years, and obtaining his 1st Dan Black Belt in Taekwondo from the World Taekwondo Federation headquartered in Kukkiwon, South Korea.

Legal Experience
Attorney David Rash has over two decades of experience representing injured victims. He is licensed to practice in Florida and Louisiana and has handled cases nationwide.

Representative Cases/Recent Verdicts
Throughout his distinguished legal career, David C. Rash has assisted many clients in obtaining compensation for catastrophic injuries and losses.

Awards and Recognition
David C. Rash has been recognized by clients, peers and the legal community for his excellence as a trial lawyer and client advocate.