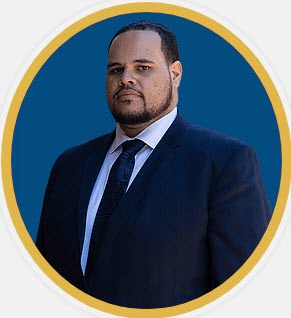 David Runcie’s primary focus at Edwards Law Firm is criminal defense. His experience as Assistant District Attorney for the Harris County District Attorney’s Office is a valuable asset to his work on these cases

While at the DA’s office, David worked on a wide variety of misdemeanor, juvenile, and felony criminal cases and trials. His work as a trial advocate gained the attention of the District Attorney, Kim Ogg, who wrote a letter of commendation outlining David’s determination and success in trying complex cases.

As a law student, David clerked with prominent defense attorneys known throughout the country for their work in overturning wrongful convictions and making major changes in Texas law. David earned his law degree from St. Mary’s University School of Law in San Antonio, where he competed in advocacy competitions all over the United States as a member of the St. Mary’s Law School Mock Trial Team. His work and dedication as an advocate was instrumental in the team being ranked 2nd in Texas in the American Association for Justice National Mock Trial Competition. David also earned the Most Outstanding Mock Trial Student award and was inducted into The Order of the Barristers National Honor Society. In addition, he garnered the Best 3L Award in the Jimi Derrick Constitutional Moot Court Competition. During law school David was a member of the St. Mary’s Law School Board of Advocates, helping others who had an interest in trial advocacy reach their full potential.