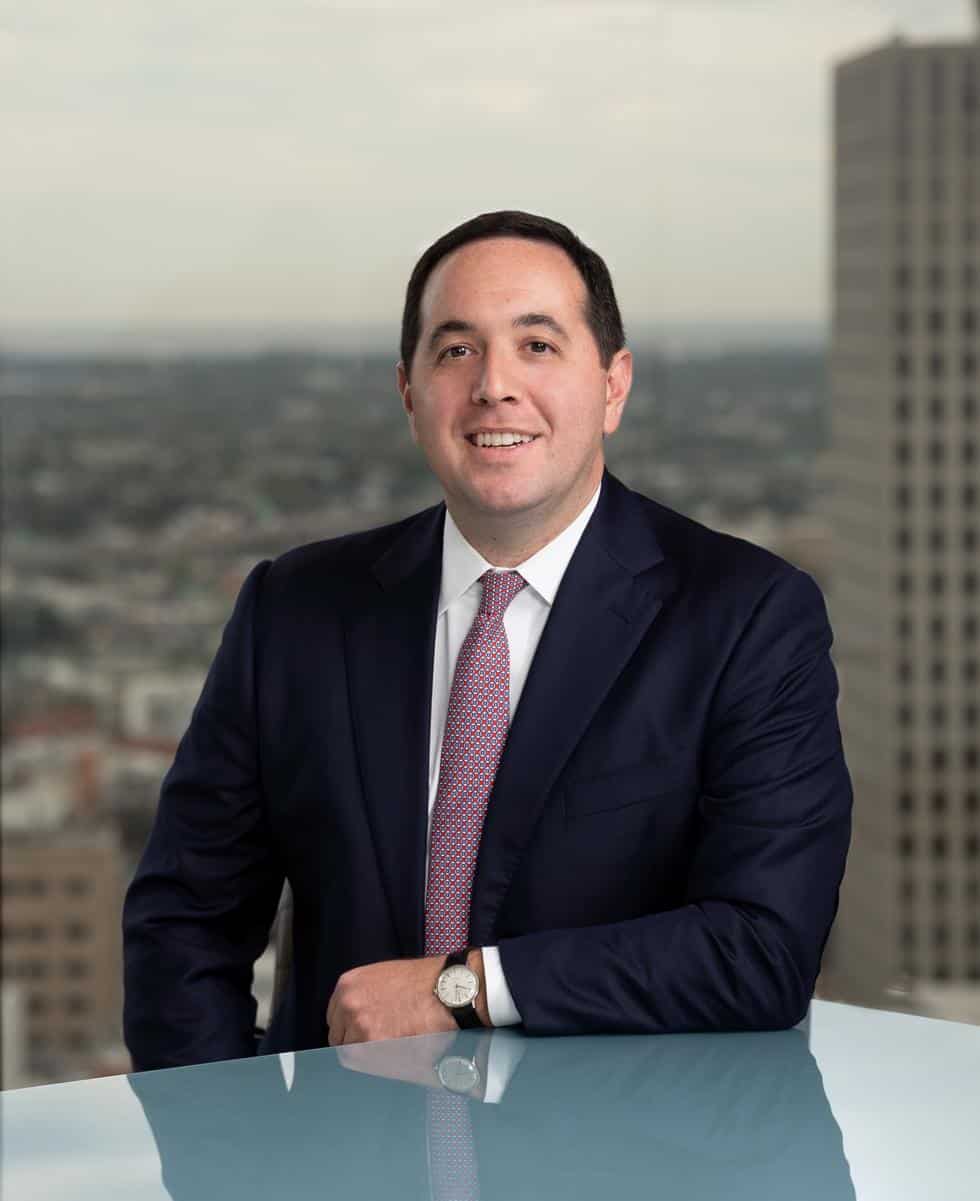 David and his loving wife, Jennifer, just welcomed their first child, Matthew, who has been a true blessing during these difficult pandemic times.

David is a New Orleans native and graduate of Jesuit High School. He graduated from the University of Georgia with a Bachelor of Business Administration in Risk Management and Insurance. David moved back home and began working in the insurance industry as a commercial underwriter before deciding to attend law school at Loyola University New Orleans College of Law.

As a student of Loyola’s four-year evening division for working students (as opposed to the regular three-year curriculum of the day school division), David worked full-time as the Claims Manager for a local marine underwriter where he handled both maritime personal injury and property damage claims. He managed the investigation, adjustment, and resolution of claims and acted as a liaison between insurers and their policyholders.

After graduating from law school in the top 5% of his division, David began practicing maritime law at a prominent New Orleans defense firm. David represented maritime employers, vessel owners, and insurers in a wide variety of matters with a focus on personal injury and insurance coverage litigation. He was selected by his former firm for secondment to a Lloyd’s of London syndicate where he worked as in-house counsel providing U.S. litigation advice to the London insurance market. David practiced as a defense lawyer for seven years before joining The Voorhies Law Firm.