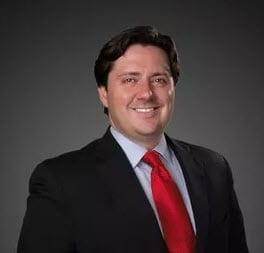 A 2004 Hall of Fame graduate of Northeast Mississippi Community College, Dustin went on to receive his bachelor’s degree in Business Administration from the University of Mississippi in 2006.

In 2010, Dustin received his Juris Doctorate from Mississippi College School of Law.

During his tenure at Mississippi College, Dustin was elected Senator of the Student Body Association each year of his education. He was also appointed as the Student-Alumni Chairman by the President of the Law Student Body Association. Dustin received the American Jurisprudence Award in Counseling and Negotiations and awards for his submission to the Nathan Burkan Writing Competition.

Since entering the practice of law, Dustin has been actively involved in trial litigation involving personal injury, copyrights, intellectual property, and has most recently been involved in the Multi-District Litigation relating to the 2010 Deepwater Horizon Oil Spill Litigation against British Petroleum. Dustin has been working with commercial fishermen of the Gulf Coast in recovering their losses resulting from the spill.

U.S. District Court for the Northern District of Mississippi

U.S. District Court for the Southern District of Mississippi