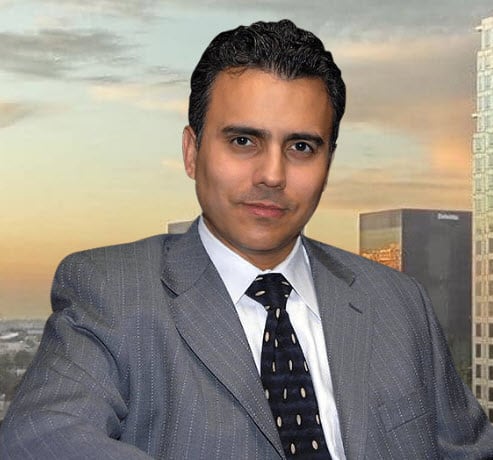 Right out of law school Mr. Flores joined the Arizona Supreme Court as a law clerk to Justice James Duke Cameron. Only 10 persons from across the country are awarded the high honor of working with this Court each year. Mr. Flores helped write Supreme Court decisions touching issues in trial evidence and death penalty appeals.

Mr. Flores passed the Arizona and California State bar examinations and practiced civil law with a major law firm in both states. He maintains his law license in each state.

Mr. Flores holds an AV Peer Review Rating. AV is the preeminent Rating, achievable only after admission to the bar for at least ten years, indicating the highest level of legal ability and ethics; The pinnacle of professional excellence. See Martindale-Hubbell

Experience You Can Trust

The Law Office of Edward R. Flores is located in Orange County, California and is perfectly and centrally situated to most Southern California court locations, including Los Angeles, Riverside, San Bernardino, and San Diego counties.

Mr. Flores enjoys a reputation as a skilled and formidable trial lawyer. He has appeared at all of the Courthouses in Orange County and many outside of Orange County, including Riverside, Los Angeles, and San Bernardino. He is respected by his former colleagues at the Orange County district attorney's office, the judges before whom he appears, defense attorneys, and law enforcement. He also enjoys a reputation for integrity that is unsurpassed in the community.

Edward R. Flores is committed to his clients; he has chosen a client-directed practice allowing him to focus personally on the individual needs of each of his clients. He listens to your needs and works directly with you to gain the best possible outcome in your case. Telephone calls are returned promptly, unless Mr. Flores is in trial calls will then be returned by the end of the day. You will appreciate this focus and intensity if he happens to be in trial on your case.

When it comes to your freedom and your future, you deserve the very best representation. Let Mr. Flores' reputation and contacts in the community work to your benefit.

Martindale-Hubbell and Avvo Rating
Martindale-HubbellAV Peer Review Rating is the facilitator of a peer review rating process. Ratings reflect the confidential opinions of members of the Bar and the Judiciary. Martindale-Hubbell Ratings fall into two categories - legal ability and general ethical standards.