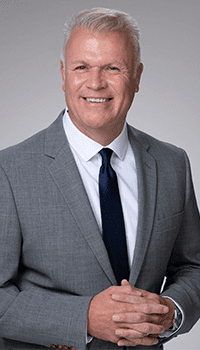 Attorney Eric Beasley is a native Tennessean who went to Goodlettsville Elementary in Goodlettsville and graduated from Beech High School in Hendersonville. He chose to start his law practice, The Law Office of Eric Beasley, here in Middle Tennessee because this is home.

Eric Beasley began his career as a plaintiff’s attorney at a Tennessee personal injury law firm. He decided to start his own practice in 2001. Since then, he has earned a reputation for being trustworthy, client-focused and no-nonsense when it comes to settlement negotiations and battling in the courtroom against insurance company lawyers.

For more than 20 years as a car accident attorney, Eric Beasley has emphasized the quality of each case and attention to detail, rather than the quantity of clients he represents. His approach of giving clients straight talk, hard work and a focus on real results has led to millions of dollars in verdicts and settlements. It has also earned him hundreds and hundreds of word-of-mouth referrals from the people he represents and from other attorneys throughout Tennessee. Building personal relationships with each client and the community has always been important to our firm.

Eric Beasley’s father worked in the insurance industry as an adjuster and appraiser for more than 45 years. Though he has been approached by insurance companies to represent them in personal injury litigation, attorney Beasley has only ever represented people who have been injured.

In addition to litigating claims and resolving injury cases with insurance companies and their lawyers, Attorney Beasley shares the wealth of legal knowledge he has accumulated over more than two decades of practicing law in Tennessee.

He is a frequent lecturer for statewide continuing legal education classes and seminars, instructing Tennessee attorneys on handling personal injury claims. In addition, many of attorney Beasley's legal articles have been published in national CLE instruction manuals.

Eric Beasley is happily married to Danielle Beasley and enjoys being a father to his three children. When he is not working, he likes to spend his free time cheering on the Nashville Predators and serving in his church.

Attorney Beasley earned his law degree from Texas Tech University School of Law, where he represented his law school on three of its four American Bar Association national litigation teams. Upon graduation, Attorney Beasley was inducted into the National Order of Barristers as recognition of his honors in law school litigation competition. He earned his Bachelor of Science from the University of Houston.

The Law Office of Eric Beasley has assisted thousands of accident victims in the Nashville Metro region and throughout Tennessee. Learn more about how we can help you with your case. Contact us to schedule a free consultation.