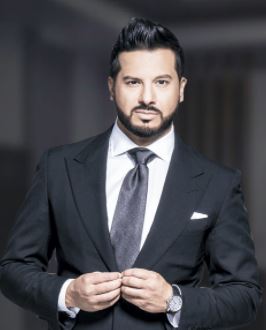 Farhan Naqvi has been practicing law since 2003 and founded Naqvi Injury Law in 2008. He has successfully handled over 4000 injury cases and he has never lost a jury trial. Prior to representing personal injury victims, Farhan worked as an insurance defense attorney, representing insurance companies and some of the largest corporations in America. Insurance defense work provided him with a keen insight into how insurance companies operate and their common tactics to reduce and deny accident and injury claims. Upon realizing his passion was representing victims instead of insurance companies, Farhan joined Nevada's largest personal injury law firm and practiced there for four years prior to forming his own practice. By 2016, Naqvi Injury Law had grown to more than 20 legal professionals, and the firm was named one of the Inc 5000 fastest growing private companies in America. Farhan was also Voted Top Lawyer by both VegasINC and Desert Companion Magazine.

Farhan is one of Nevada's most successful personal injury attorneys and has litigated nearly 1,000 cases before the Eighth Judicial District Court of Clark County, Nevada* and the United States District Court, District of Nevada since 2003. He has achieved more than $100 million for his clients in verdicts and settlements. He has successfully represented clients in cases against the world's largest brand names including Wal-Mart, Target, McDonald's, State Farm, Allstate, MGM Grand, Caesars Entertainment, General Growth Management, USPS, Southwest Airlines, Rouse Co and Pepsi Cola Bottling Co, among many others.

Farhan's commitment to litigation success is evidenced by a new mock courtroom he is building at his office, which will open in early 2017. The mock courtroom will offer a place for Farhan and his colleagues to test litigation strategies in a real world environment. His philosophy of testing courtroom strategies and arguments has been one of the key indicators of his success.

Farhan is also committed to providing fun and fulfilling careers for his employees. The team works closely in providing unmatched service to every client, day and night. To maintain his team's cohesiveness, Farhan schedules regular events for firm members and their families, including picnics, social events and even trips to Mexico. Farhan is also known for his longstanding support of various charitable organizations, including the annual KLUC 98.5 toy drive, Safe Nest, Opportunity Village, and the Clark County Bar Association, among others.

A regular contributor to professional associations, Farhan has been a member of the Southern Nevada State Bar Lawyer Advertising Advisory committee since 2013 and is passionate about ethics in Southern Nevada attorney advertising.