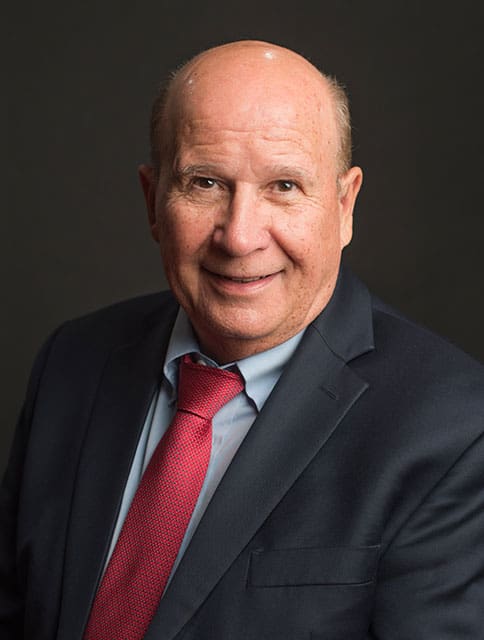 "Gary C. Johnson has been representing plaintiffs in personal injury cases for over forty years.

In 1993 he founded Gary C. Johnson, P.S.C. which currently has fourteen attorneys based at four Kentucky offices in Pikeville, Lexington, Louisville, and Hazard. The firm’s attorneys also provide services in other Kentucky, Georgia, South Carolina, Indiana, and West Virginia locations.

Gary and his firm are listed in the Martindale-Hubbell Bar Register of Preeminent Lawyers and he has been named a Kentucky Super Lawyer every year since its inception.

In 2008, the Kentucky Justice Association awarded Gary the Peter Perlman Outstanding Trial Lawyer of the Year Award for his work as an advocate for the rights of the people and his service as a mentor to young lawyers in the state. He has tried cases before juries in Kentucky, Georgia, and West Virginia.

Gary has obtained numerous multimillion-dollar jury verdicts and settlements for injured over his long and distinguished career, including the largest personal injury jury verdict of any lawyer in the state of Kentucky.

He has written the book Winning the Unwinnable Case: Key Techniques for Every Trial, published by Trial Guides, as well as contributing his years of research on trial strategies to Reptile: The 2009 Manual of the Plaintiff’s Revolution, considered to be “the book” for the modern approach to jury persuasion.

Gary has also developed a unique and effective litigation strategy, which he’s termed “Judo Law.” Here, he adopts the defendant’s own arguments and turns those arguments to his client’s advantage. Like a martial arts master, the Judo Law practitioner uses his opponent’s own weight to throw them off balance. The modern-day plaintiff’s lawyer is the nimble master, while the defendant’s insurer is the colossus brought down.

Gary devotes most of his time to the day-to-day practice of law. His firm’s practice consists entirely of representing plaintiffs injured by vehicular negligence, products liability, and medical malpractice. In the last few years, however, he has devoted some of his time to the education of other trial lawyers. He has presented seminars for the Kentucky Bar Association, Kentucky Justice Association, and the American Association of Justice on trial strategy and how to maximize damages in your case.

Finally, Gary continues to educate the public with his media broadcasts, including his podcast Simply the Law of Life, a forum to encourage daily happiness and quality of life.

Neck and Back Injury

Recently published a chapter on Judo Law in ""Reptile in the Mist""; by David Ball and Don Keenan

From Smoke and Mirrors to Smoking Guns in Your Auto Cases, Arkansas Trial Lawyers Association (November 2013)

The Art and Practice of Judo Law: Skewering the Defense on It's Tactics, Annual Convention, West Virginia Association for Justice, Charleston, WV (June 2013)

The Art and Practice of Judo Law: Skewering the Defense on It's Tactics , Annual Convention, West Virginia Association for Justice, Charleston, WV (June 2012)

Preexisting Conditions and the Reptile in MIST and Other Cases Teleseminar. (Replay with live question and answers.) , American Association for Justice (February, 2011)

Preexisting Conditions and the Reptile in MIST and Other Cases Teleseminar, American Association for Justice (November, 2010)

Preexisting Conditions and the Reptile in MIST and Other Cases Teleseminar, American Association for Justice (November, 2010)

How to Ask for Compensatory and Punitive Damages in Closing, Auto Damages, Kentucky Justice Association, Louisville, KY (May 2008)

Mediation as Trial Prep and Framing the Case for Trial: No Stone Unturned: Getting Justice for the Auto Wreck Client, Kentucky Justice Association, Lexington, KY (May 2007)

Selected to the KY Super Lawyer list for the 14th consecutive year, and he was also on the list for the Top 50 Attorneys in Kentucky