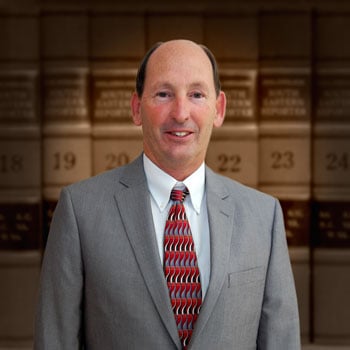 Gene M. Connell, Jr. has been a member of the law firm since 1983. With his vast experience in many legal areas, he has received an "AV" rating with Martindale Hubbell, the most prestigious lawyer rating service in the country. He has been involved in some of the largest class action suits ever brought in South Carolina, one of which (Bass v. State of South Carolina) went all the way to the United States Supreme Court before it was successfully settled. He has also argued numerous appeals before the South Carolina Supreme Court, the South Carolina Court of Appeals, the South Carolina Workers' Compensation Commission Appellate Division, the United States District Court, the United States Court of Appeals for the District of Columbia, and the United States Court of Appeals for the Fourth Circuit. Additionally, he has served as an expert witness in class actions on the issue of attorneys' fees in both state and federal courts. Mr. Connell's trial practice has included being a Mediator for other lawyers and being appointed by the Circuit Court as a Special Referee (Special Judge) to hear cases. He was also selected as the "National Trial Lawyers Top 100" in 2014 and chosen " Best of The Beach" Lawyer.

Represented many indigent clients for civil and criminal matters in S.C.