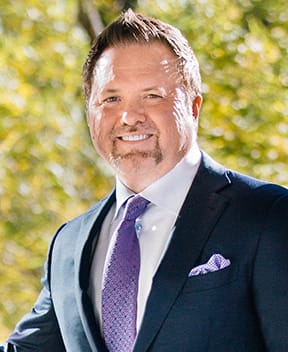 Glendell D. Nix grew up in Broken Bow, Oklahoma. Glendell enjoyed rather unusual experiences and disciplines in his early years. Beginning at the age of 11 to 18 he was a self-taught juggler, unicyclist and tightrope walker, spending hours a day devoted to his passion. At the age of 12 he began performing his juggling, unicycle and tightrope walking act in front of small audiences as well as large audiences of thousands at events across Oklahoma. He enjoyed the challenge and discipline required. Even though Glendell had an interest in his unique discipline, he always maintained his love for academics and speech competition. While in high school he competed in speech competitions across the state, winning many awards in contemporary speaking, oration, prose and drama. In 1982, he graduated valedictorian of his high school class. His parents, a business owner/auto mechanic and stay-at-home mom, were his biggest supporters and taught hard work and discipline as the key to enjoying life and contributing to others' lives.

After graduating from law school, Glendell began his career with the largest law firm in Oklahoma, Crowe & Dunlevy. While at Crowe & Dunlevy he practiced in the litigation section and represented large corporate defendants, including Conoco against one of the largest class actions in Oklahoma history. In 1991, he moved with his family to Broken Bow, Oklahoma and went into private practice with his brother, Terry Nix. For the next 4 years, Glendell represented individuals in personal injury cases, bankruptcy, medical malpractice, divorce and criminal cases, gaining a broad experience in many areas of law. While in Broken Bow, he was part of the court appointment system in criminal cases. At the age of 29, he was court appointed in a first-degree murder case that went to trial, making it the first trial by himself. The jury returned a verdict in his client's favor. That's when Glendell knew he wanted to be a trial lawyer. In 1994, Glendell returned to Oklahoma City to build his career as a trial lawyer and to represent individuals who have suffered injuries as a result of the wrongful conduct of others.

From 1994 to 2000, he practiced with the firm of Thomas, Gould & Nix. In 2000, he and Noble McIntyre teamed up to form Nix & McIntrye, LLP. In 2009, Glendell, along with Jacob Diesselhorst, started a new firm, Nix Law Group, concentrating on medical malpractice, catastrophic injuries and wrongful death. In 2015, Nix Law Group and Maples Law Firm merged to become Maples, Nix & Diesselhorst, where Glendell continues to be one of the top medical malpractice trial lawyers in Oklahoma continuing to represent individuals who have suffered catastrophic injuries and wrongful death. As a trial lawyer, Glendell has recovered over a hundred million dollars for his clients against some of the largest hospitals and corporations in Oklahoma and other states. In addition to medical malpractice cases, Glendell has represented clients against private prisons, product manufacturers, trucking companies, drug manufacturers and insurance corporations.

Glendell devotes almost 100% of his practice to individuals who have suffered catastrophic injuries and wrongful death. He has had the privilege of representing great people who happen to be the victims of catastrophic injuries or who have suffered the loss of a loved one because of the wrongful conduct of a corporation or individual. His greatest moments are seeing how his clients' courage to use the justice system and perseverance through the process has changed their lives and allowed them to get their lives back on track as best they can. He counts it a privilege as a trial lawyer to play a role in helping common, everyday people through our justice system.