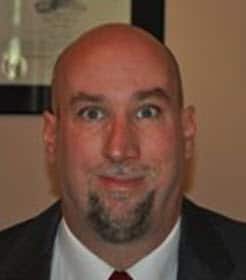 Gregg R. Brennan, Esq., is the owner and sole practicing attorney in the firm. Mr. Brennan has been licensed to practice law in the State of Florida since 2000 and has previously worked as an attorney for the Florida Department of Juvenile Justice, the Office of the State Attorney for the Eighteenth Judicial Circuit, the Coastal Florida Police Benevolent Association and the Citrus County Attorney's Office before forming the Law Offices of Gregg R. Brennan, P.A.

Mr. Brennan is an experienced trial attorney, having tried over thirty-five jury trials while employed as a state prosecutor, as well as any violations of probation (VOP) hearings, motion hearings, bond hearings, restitution hearings and other types of hearings as well. Mr. Brennan is also an experienced appellate attorney having written briefs and conducted oral arguments before the Florida Fifth Judicial Circuit Court, the Florida Eighteenth Judicial Circuit Court, and the Florida Third and Fourth District Courts of Appeal. Mr. Brennan has written appellate briefs on behalf of clients in the Florida Fifth District Court of Appeal and the United States Supreme Court. Mr. Brennan also served as the Code Compliance Special Master for Citrus County, Florida, from 2014-2021 where he heard and adjudicated code compliance cases.

Mr. Brennan concentrates his practice in the following areas:

Mr. Brennan is currently a member in good standing of the bars of the following courts: