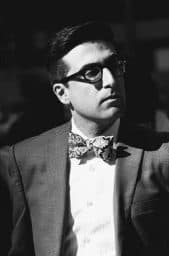 Attorney Hagop Kuyumjian is the founder and owner of The Kuyumjian Firm in Los Angeles, California. A highly rated trial lawyer with more than 10 years of legal experience, Mr. Kuyumjian focuses his practice primarily on criminal defense, and he serves the rights and liberties of clients throughout Southern California and across the state representing those who stand accused or are under investigation for any type of felony or misdemeanor offense, including any of the following:

As an attorney, Mr. Kuyumjian fully understands how a conviction can adversely affect someone's life and future. As such, he provides zealous representation and aggressively pursues the most favorable outcome on his clients' behalves to help reduce the consequences they may face. Through thorough planning and utilizing a personalized approach with all he serves, Mr. Kuyumjian can devise creative and effective strategies to help his clients fight the charges against them and preserve their freedom.

During the course of his career, Mr. Kuyumjian has secured many acquittals, dismissals and not-guilty verdicts for his clients, earning his reputation as one of the leading criminal defense attorneys in the state. As evidence of his success, The National Trial Lawyers voted him among the "Top 40 Under 40," and he has received many other awards and honors as well, including Superb ratings on Avvo.