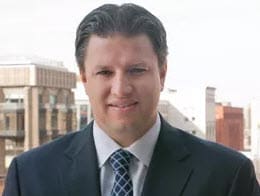 Jaime M. Farrell is a notable advocate for victims and survivors of sexual abuse, and individuals injured by defective prescription drugs and medical devices. Mr. Farrell has represented clients in state, federal, and consolidated proceedings in matters relating to child abuse, human trafficking and commercial sex trafficking, and product liability litigation for over a decade. Representing clients who have suffered from traumatic events and catastrophic injuries is important advocacy of victim and consumer rights to achieve justice for so many voices that need to be heard.

Mr. Farrell joined Slater Slater Schulman in 2021, inspired by the firm’s compassion for supporting victims and survivors of childhood sexual abuse, after over a decade of intimate involvement at a prominent New York City plaintiff’s firm prosecuting false claims, product liability claims and sexual abuse claims. During this time, he had been trial counsel to clients in numerous consolidated litigations. In 2014, Mr. Farrell was part of the trial team of a client suffering from bladder cancer associated with his use of a pharmaceutical medication which resulted in a 9-billion-dollar jury verdict, at the time the largest civil jury verdict in history for a personal injury lawsuit

Outside of the firm, Mr. Farrell is an active member of the American Association of Justice and New York State Academy of Trial Lawyers. He has also participated in Pro Bono work at the Legal Aid Society, where he has donated his time and provided representation to low-income New Yorkers in matters involving housing disputes.