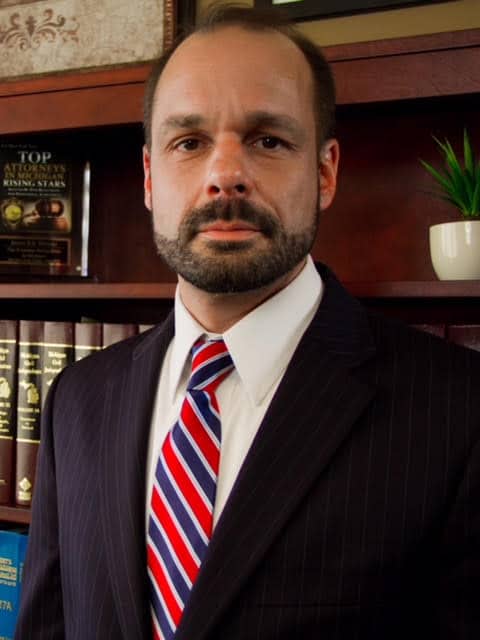 James Fifelski, Esq. is a criminal defense attorney at Fifelski Legal, PLC. He is licensed to practice in all Michigan state courts and Michigan's eastern federal district court. In his career, Mr. Fifelski has defended people charged with serious felonies and misdemeanors, including murder charges and other high profile cases. Throughout the state of Michigan, he has practiced in approximately 7 circuit courts and 25 district courts. Historically, Mr. Fifelski defense clients have a strong record of being acquitted and having their criminal charges dismissed, before both judge and jury. He has also won many cases on appeal.
Mr. Fifelski was a member of the Moot Court Board and Vice President of the Criminal Justice Society while attending Ave Maria School of Law. Before graduating from law school, he also worked as Judicial Intern/Interim Law Clerk for the Honorable Virginia Morgan in Michigan's eastern federal district court. He was able to gain a keen understanding of the judicial system as a whole by working in the federal court system.
Mr. Fifelski was previously a partner with Michael J. Vincent, Esq. at the law firm of Vincent and Fifelski, P.C, prior to opening his own practice in early 2011. While practicing there, Mr. Fifelski obtained strong results, especially for his clients that were involved in high profile cases. His primary responsibility involved working as a trial attorney, but he also regularly handled criminal appeals. In order to cater more personally to the needs of people facing serious criminal charges, Mr. Fifelski decided to open his own law practice after approximately 10 years at a busy partnership.