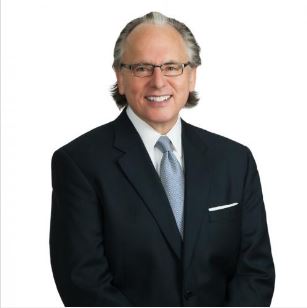 Jim is a Fellow of the American College of Trial Lawyers and a member of the College's District of Columbia State Committee. Membership in the College is extended only by invitation, after extensive investigation, to those trial lawyers who have mastered the art of advocacy and whose professional careers have been marked by the highest standards of ethical conduct, professionalism, civility, and collegiality. He is also a Fellow of the American College of Coverage and Extracontractual Counsel and is listed in the National Trial Lawyers' "Top 100 Trial Lawyers" for the District of Columbia (Civil). He has litigated cases in 24 states for top-tier corporate clients, and has represented individuals and an array of religious institutions and governmental entities.

Jim was formerly a leader of the insurance coverage practice at an Am Law 200 firm and a partner in the litigation and insurance practices of an Am Law 100 firm where he served on the firm's Partnership Evaluation and Business Development Committees. From 1996 to 2007, he was a founding and managing partner of a trial practice boutique in Seattle, Washington.

He was a clerk for the Honorable James Hunter III of the U.S. Court of Appeals for the Third Circuit from 1981 to 1982 and was special assistant to William H. Webster, Director of the Federal Bureau of Investigation, from 1983 to 1985.

Jim's work in high-profile and exceptionally challenging cases across the country has earned him consistent praise from clients and opposing counsel alike:

Chambers USA reported "particular praise for his calm and common-sense approach to cross-examining." As one source explained, he "understands the issues and where the bottom line is, and he makes the winning argument based on reason." Other commentators credited him with "as much start-to-finish trial experience as any coverage lawyer out there" and with "the ability to earn immediate respect in the courtroom," further describing him as an "excellent lawyer" who is "strategic and experienced."
A Delaware Superior Court approved a $123.1 million class action settlement involving underlying claims of sexual abuse, noting in its published opinion that "?the Court must commend Beebe and its nationally renowned coverage counsel, James R. Murray, Esquire, for their tireless efforts in overcoming many obstacles to obtaining insurance coverage [?]."
In a Law360 interview, a former adversary representing AIG singled out Mr. Murray as a litigator he feared facing in court, telling the publication, "Jim is a savvy trial lawyer capable of quickly and effectively adjusting his presentation during trial."
Of all his accolades, he is most proud of juror feedback, such as these unsolicited comments from a Jury Foreperson: "Mr. Murray, I wanted to convey to you what a comprehensive and methodical case you presented to the jurors over these past weeks. There was hardly a juror in that room who didn't at one time voice that of all the attorneys present, any one of them would hope for your representation. Your demeanor was professional, non-judgmental, non-condescending and sans ?smoke and mirrors' tactics. Thank you for an eye-opening experience."
Outside the Firm

Jim is married to Lynne Bivona and has a son and daughter. He was raised on a farm on the Fort Peck Reservation in Eastern Montana. He plays folk and country music when he has time, and for many years has caught the occasional gig with his brother in their Northwest band, Smoke Creek.

Insurance counsel to Beebe Medical Institute, Inc. in Lewes, Delaware.
Trial counsel for the policyholder in Boeing v. Aetna Casualty & Sur., et al., in Seattle, Washington, one of first favorable jury verdicts in an environmental case. Underlying liabilities exceeded $100 million.
Trial counsel in Primary Health, Inc. v. Hudson in Boise, Idaho, obtaining bad faith verdict against an insurance company, including $9.7 million in punitive damages, $700,000 more than Jim asked for in closing argument.
Appointed Special Insurance Coverage Counsel for the Debtors in the Northwest Province of Jesuits (Oregon) ($115 million recovery), the Diocese of Helena (Montana) ($15 million recovery), and the Diocese of Duluth and New Ulm (Minnesota) (pending). The Chief Financial Officer of the Society of Jesus, Oregon Province, summarized his views in commenting to Best Lawyers: "I cannot imagine anyone as able to calmly represent what we stand for in the midst of the storm as Jim."
Lead counsel for the policyholder in Voicestream Wireless Corp. v. Federal Ins. Co., et al., in securing a unanimous Ninth Circuit decision finding defense coverage for lawsuits alleging bodily injury from using cell phones.
Trial counsel in bench trial against London Market Insurers in IMO Industries v. Transamerica Corporation, et al., regarding excess insurance issues (New Jersey). Opposing counsel on behalf of London insurers told U.S. News "my view is that Jim provides the highest level of advocacy on behalf of his clients. He is a formidable though professional and fair adversary."
Lead counsel for the FDIC, as conservator for IndyMac Federal Bank, F.S.B., in a mortgage insurance lawsuit in federal court in California. The case settled with the reinstatement of more than $100 million in mortgage insurance.
Argued for Immunex in National Surety Corp. v. Immunex Corp. (no insurer right to reimbursement of defense costs) and for amici Costco, Puget Sound Energy, and Weyerhaeuser in Fluke Corp. v. Hartford Accident and Indemnity Co. (choice of law and coverage for punitive damages) in the Washington Supreme Court.
Argued for Warren Pumps in Viking Pump, Inc. v. Century Indemnity Co. (choice of law and allocation) in Delaware Chancery Court.

Jim is a Fellow of the American College of Coverage and Extracontractual Counsel, an invitation-only organization of preeminent lawyers representing the interests of both policyholders and insurers dedicated to improving the quality of the practice of insurance law and to increase civility and professionalism in the field.

He was an adjunct professor in trial advocacy at the University of Washington School of Law for many years and serves on the faculty of the National Institute for Trial Advocacy (both trial and deposition programs).

He has served as secretary of the Montana State Rhodes Scholarship Selection Committee and was on that committee for more than a decade. He currently serves on the advisory board of the University of Montana College of Arts and Sciences and is a member of the Board of the UM Alumni Foundation.