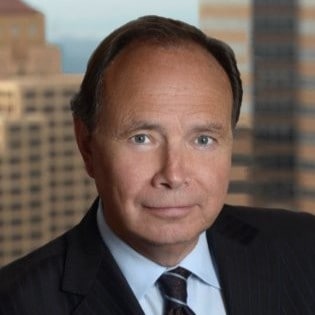 Jan is nationally and internationally recognized as an authority on financial fraud, including civil and criminal securities fraud, tax fraud, bank fraud, money laundering and racketeering allegations, as well as offenses under the Foreign Corrupt Practices Act (FCPA) and UK Bribery Act. He is one of only a handful of US lawyers to have successfully defended corporate and individual clients in a major FCPA prosecution, United States v. Lindsey Manufacturing Company, et al., US District Court, Los Angeles.

Earlier, Jan served in the Special Prosecutions & Major Frauds Section of the United States Attorney's Office in Los Angeles. As an Assistant US Attorney, he conducted grand jury investigations and prosecuted federal fraud cases at trial and on appeal. Later, Jan was one of the first independent law compliance monitors appointed under the FCPA. In that position, he evaluated the operations of a Swiss multinational corporation for three years.

Jan is past Chair of the American Bar Association's (ABA) National White Collar Crime Committee and Co-Chair of the International Bar Association's (IBA) Business Crime Committee. He has held numerous other leadership positions in the IBA and in the ABA's Sections on Business Law, International Law and Criminal Justice (CJS), including six years on the CJS governing Council and five years on the ABA President's Task Force on the Attorney-Client Privilege.

Jan frequently organizes and speaks at conferences on business crime and transnational criminal law at home and abroad, and is recognized for his accomplishments in many national and international publications.