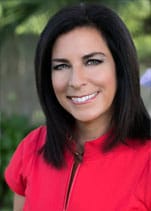 Originally from Stamford, Connecticut, Janet Johnson graduated from Connecticut College in 1988 with a Bachelor of Arts in English and worked at Rolling Stone Magazine before attending law school.

Janet obtained her law degree in 1994 from the University of Oregon School of Law. She was admitted to the Florida Bar in 1994 and the Colorado Bar in 1996 and is licensed to practice in federal court. She is also admitted to the Massachusetts Bar (2021) as well as the Federal Bar for the Middle District of Florida.

Attorney Janet Johnson is licensed to practice before all Florida State Courts, as well as in the State of Colorado. She is a member of the Florida Association of Criminal Defense Lawyers and the Florida Bar Association.

She recently served as faculty of the FACDL (Florida Association of Criminal Defense Lawyers) Blood, Breath and Tears seminar in connection with DUI.

Janet has commented on a variety of cases, including cases involving celebrities and other famous individuals:

Janet Johnson has been acknowledged by her legal peers with an AV® Preeminent™ rating from the prestigious directory: Martindale-Hubbell®.

Martindale- Hubbell® ratings are determined solely by other members of the bar association and judiciary, and an AV® rating is the highest possible rating a lawyer can receive for their ethical and professional standards.

Janet Johnson proudly serves her clients with the knowledge that this dedication to high-quality legal work is appreciated by her legal peers and precedes her work in the courtroom. This rating is a testimony to Janet Johnson's personal high standards for excellence in the legal field.