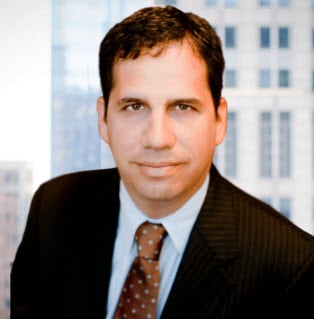 Jason M. Kroot is a partner at Cavanagh Law Group with more than two decades of experience handling complex and high-profile personal injury cases. He has obtained numerous multimillion-dollar results in medical malpractice cases, including a record-setting $16.3 million verdict for a Cook County woman who suffered permanent brain damage after doctors failed to monitor her vital signs while she was under anesthesia. Kroot practices in every area of personal injury law and has extensive experience in medical malpractice cases, including those involving birth injuries, misdiagnosis, surgical errors and medication errors.

Kroot has obtained a number of confidential settlements in high-profile cases that garnered considerable media attention, including the 2007 Wrigleyville fire that killed four people. He previously represented the family of a 13-year-old Chicago Public Schools student who died of a severe allergic reaction to peanut product in food her teacher ordered for the class. Kroot also obtained a settlement in a Riveredge Hospital case after the psychiatric facility housed sexually violent patients alongside mentally ill patients without proper safety precautions in place, resulting in multiple sexual assaults.

Upon graduating law school in 1999, Kroot joined a prominent boutique medical malpractice and personal injury law firm in Chicago. He quickly distinguished himself as a skilled trial attorney with the ability to deliver exceptional results and uncommon service to his clients. In 2003, he achieved national recognition when he became one of the youngest lawyers ever chosen for inclusion in Who’s Who In American Law. Before joining Cavanagh Law Group, Kroot managed the medical malpractice department of one of the largest personal injury firms in the Midwest, where he continued to obtain multimillion-dollar results in complex tort cases. Over the course of his career, Kroot has practiced in county, federal and state courts, including several in Indiana and Wisconsin. He has experience with multi-state litigation and has earned a reputation for establishing strong professional relationships with judges, physicians, expert witnesses and his clients.

Kroot earned a bachelor’s degree from the University of Texas at Austin in 1995 and graduated from IIT Chicago-Kent College of Law in 1999. While there, he received two CALI Excellence for the Future awards for Trial Advocacy I and II and was a member of the school’s Student Trial Advocacy Competition trial team. Kroot has been named an Illinois Leading Lawyer and is a member of the Illinois Trial Lawyers Association.

Kroot lives in Chicago, where he enjoys raising his two children, Adam and Alana. Kroot has been an amateur auto racer for the past 15 years.