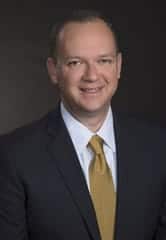 Jason J. Sigel is a partner with Dreyer Babich Buccola Wood Campora, LLP. His practice is devoted exclusively to litigating on behalf of people injured through the negligence of others or by defective products. In acknowledgment of his zealous and successful advocacy on behalf of his clients, Jason has been selected for inclusion as a Rising Star by Northern California Super Lawyers in 2010 and 2012-2015. This recognition is bestowed on less than 2.5 percent of all attorneys.

While still an associate at DBBWC, Mr. Sigel, along with his partner Hank G. Greenblatt, was named Capitol City Trial Lawyers Association Advocate of the Year in recognition of his record personal injury verdict in Amador County. Mr. Sigel is the only attorney in the history of the firm to obtain this prestigious recognition as an associate. He fought on behalf of his client for more than four years before the case ultimately went to trial in September 2014 after the defendant's insurance company refused to pay the $250,000 policy limits despite the fact the plaintiff underwent cervical disk replacement surgery. After a two week trial, the jury returned a record $3.7 million verdict, the largest personal injury verdict ever obtained in Amador County. Following an appeal after the trial, which Mr. Sigel briefed and argued in the Third District Court of Appeals, the case settled for $4.2 million.

Mr. Sigel's other trial victories include a $2.9 million verdict on behalf of a young woman rear-ended by a commercial vehicle. The case went to trial after the last offer from the defense of $350,000 was rejected. The jury awarded the plaintiff more than $1 million for past and future medical care and an additional $1.9 million for past and future pain and suffering.

Mr. Buccola, Mr. Campora and Mr. Sigel obtained a wrongful death verdict of more than $2.4 million in the case of Jacobs v. Sacramento Regional Transit. The verdict came nearly five years after Mrs. Jacobs was killed by a left-turning bus at the intersection of 8th Street and Q Street in downtown Sacramento. Liability was hotly contested throughout the trial with RT's lawyers contending that Mrs. Jacobs was jay walking at the time of the accident. As a result of the extensive forensic testimony put on at trial by the plaintiffs, the jury sided with the Jacobs family when they determined that Mrs. Jacobs was struck and killed while in the crosswalk.

Mr. Buccola and Mr. Sigel also obtained a record wrongful death verdict and settlement in the case of Barber v. Mossy Ford, Inc. The gross verdict totaled $14,465,864 with another $8.3 million recovered in pre-trial settlements from other defendants. The combined verdict and settlement is the largest wrongful death compensatory damage recovery in the history of San Diego County. The case involved a negligent tire repair by a Ford dealership that caused a tread belt separation that claimed the lives of Casey and Melanie Barber. The Barbers were survived by their three young sons. As a condition of the settlement reached after the verdict was rendered against Mossy Ford, the dealership agreed to bring its tire repair training practices up to industry standards so that a tragedy like this cannot happen again.

Mr. Sigel is particularly proud of the settlement he and Mr. Buccola obtained in Dickson v. Heavenly Valley, a wrongful death case in which a husband was thrown to his death from a chairlift in August 2009 while visiting Heavenly on his honeymoon. The case was litigated for four years during which more than 125 depositions were taken in an effort to uncover the truth about the safety failures that led to Mr. Dickson's death. Before agreeing to settle the case, Mr. Buccola and Mr. Sigel fought to ensure that Heavenly would make several crucial improvements to safety practices on the mountain so that a preventable calamity like this cannot happen again. As a result of their aggressive advocacy, Heavenly agreed to make those changes as a condition of the settlement.

Mr. Sigel's success extends beyond the trial court to the appellate level. He has participated in a number appellate cases, several of which have resulted in published opinions, including Lane v. City of Sacramento (2010) 183 Cal.App.4th 1337, which clarifies and limits the grounds on which a governmental entity can defend premises liability claims and ensures citizens across California get their day in court if they are injured by a dangerous condition of public property.

In addition to representing clients in trial and on appeal, Mr. Sigel has published and presented papers related to automobile defect litigation at engineering and legal meetings across the country including the American Society of Mechanical Engineers, American Association for Justice, Attorneys Information Exchange Group, and Consumer Attorneys of California.