The Law Offices of Jeffrey Lichtman 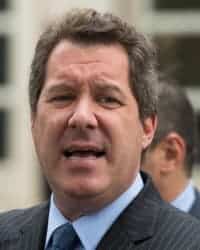 Recently described by the media as "legendary New York criminal defense attorney," Jeffrey Lichtman has successfully handled criminal trials and appeals on some of the country’s largest stages. His clients include those charged in the federal and state systems with white collar and non-white collar offenses. For over 30 years, Mr. Lichtman's practice style has been marked by exhaustive pretrial preparation and smothering pressure inside the courtroom. His cross-examinations, in fact, have been described in the media during the John Gotti, Jr. trial as a "relentless pounding" in which witnesses were "put through the blender and shredded." In the recent high profile Joaquin "El Chapo" Guzman trial lasting 3 1/2 months, Mr. Lichtman's work was described by the media as "an astonishing performance" and "so wildly entertaining."

Mr. Lichtman's appellate practice has also had great success, winning freedom for clients sentenced to lengthy prison terms In September of 2010, he won the freedom for a client who had been convicted and sentenced to 27 years in prison for multiple counts of sexual assault of four victims. After his appeal to the NJ Appellate Division forced the trial court to grant a hearing on trial counsel's possible ineffectiveness, Mr. Lichtman's scathing examination of trial counsel was halted by the judge – who indicated she was prepared to vacate the conviction on the spot -- never to return to prison again.

A 1990 graduate of Duke University School of Law, Mr. Lichtman holds an AV Preeminent* peer review rating through Martindale-Hubbell and is one of just a handful of Manhattan criminal defense attorneys to be recognized in the Bar Register of Preeminent Lawyers. He is also a frequent lecturer at law schools throughout the country and an active member of several professional organizations, including the National Association of Criminal Defense Lawyers and the New York State Association of Criminal Defense Lawyers. In 2015, Mr. Lichtman's office began representing individuals on Civil Rights/police misconduct issues as well as on sexual harassment and discrimination claims -- and in just a short period of time Mr. Lichtman has garnered multiple millions of dollars of settlements for women sexually harassed in the workplace, and was selected as a member of the Multi-Million Dollar Advocates Forum.

Mr. Lichtman has recently been profiled in New York Magazine, the New York Daily News and in The New York Times as part of the "Public Lives" series. Mr. Lichtman can also be heard as a guest host on 710 WOR Radio (every Monday morning at 7:05 AM), WABC Talk Radio, Fox News Radio and AM 970 The Answer in New York City.