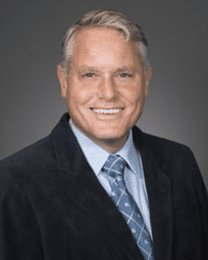 Jeff Nicholas, the firm's namesame, has been the continual proprietor and/or partner of the Nicholas Law Firm since it opened in 1989. Attorney Nicholas focuses his practice in personal injury, workers' compensation, and social security disability law.

Born in New Jersey, but raised in Northwest Connecticut, Jeff attended Wamogo Regional High School where he graduated with honors. Jeff was an All State track and indoor track runner at Wamogo, as well. He and his daughter, Jackie, a graduate of Princeton, are the only family duo to both win the prestigious Marinko award for scholarship, academics and leadership as given by the eight-school Berkshire League.

_Jeff is a Former Selectman and First Selectman and Board of Finance Member in the Town of Bethlehem. He currently serves on the Town's Employee Appeals Board and the Pension Review Board. He is a sustaining member of the National Organization of Social Security Claims Representatives, (NOSSCR), a member of the CBA, Disability and Workers Compensation Sections and CTLA, Workers Compensation Section Comittees and attends National and Regional Conferences and Seminars. Jeff has served as a Delegate to Democratic State Conventions in '98, '10, '14, and has been a Parliamentarian at Congressional conventions. He has received numerous awards, citations and commendations for his community service work.

Jeff grew up in Warren, Connecticut after her to Connecticut in 1968. After law school he moved to Bethlehem in 1991. He enjoys spending time with his eight children, coaching baseball, fishing, and following the UConn sports programs. He is an long term donor to the American Red Cross and he has eclipsed the nine gallon donation mark. Jeff recently began breeding Siberian cats with his wife Yuliya. Nicholas-Siberians has imported the best authentic traditional Siberian cats from Siberia in Russia and is offering kittens in Connecticut. You can find information on this at www.nicholas-siberians.com and on their Facebook page; Nicholas-Siberians.