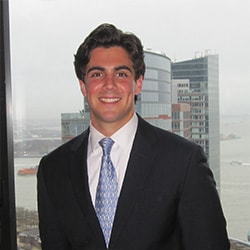 Mr. Risman graduated from Binghamton University in 2003 with a B.S. in Psychobiology. He received his J.D. from New York Law School in 2007. He is a member of the New York State Bar, as well as the United States District Court for the Southern District of New York.

Mr. Risman began his career defending large corporations and insurance companies. This wide-ranging experience has provided Mr. Risman with an extensive understanding of management operations, which has proven invaluable in prosecuting claims against employers.

Mr. Risman is a member of the National Employment Lawyers Association. He is also a faculty member of Lawline, teaching a variety of courses in employment law.