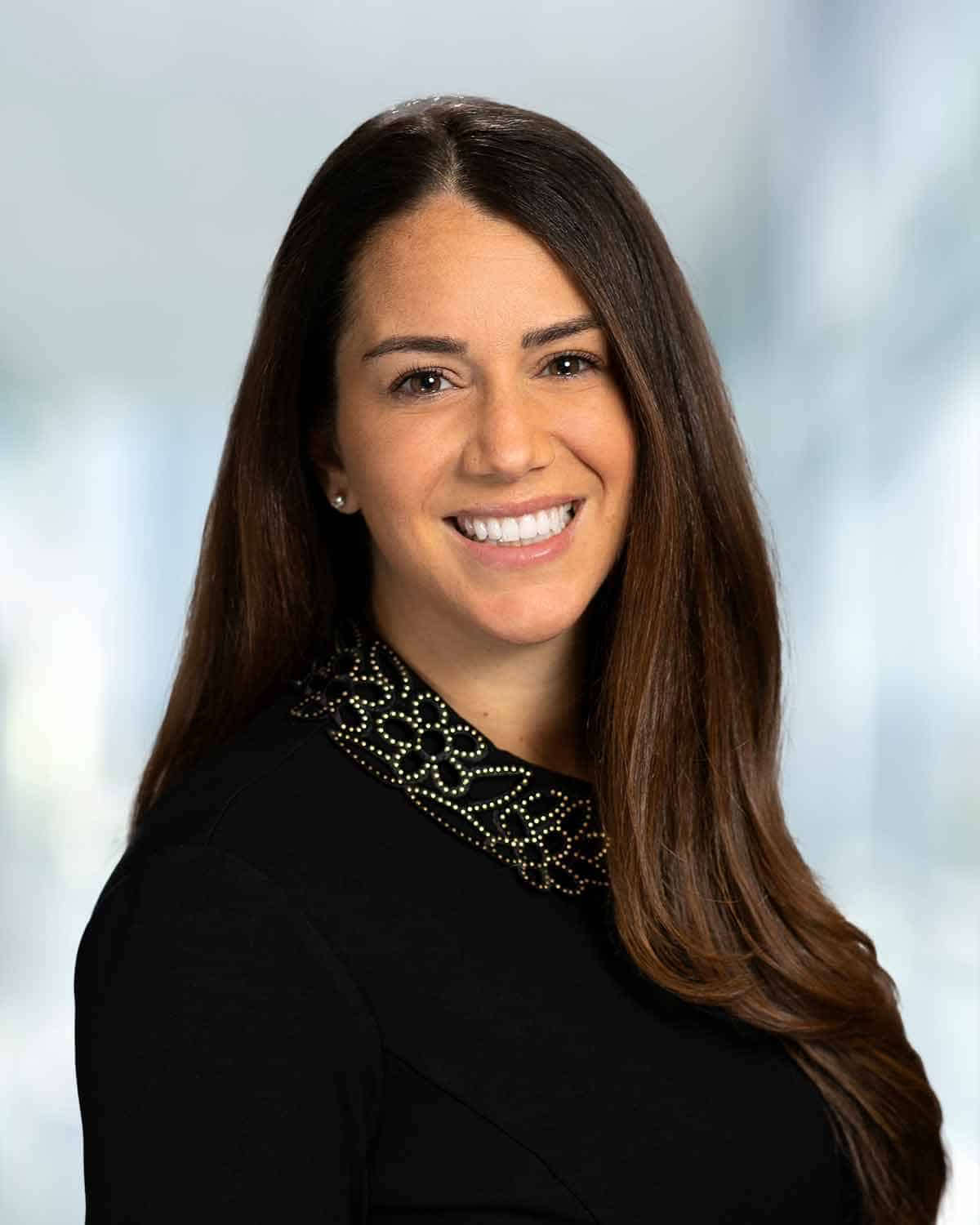 Jessica Smith is a Managing Attorney at Slater Slater Schulman LLP with an outstanding repertoire of litigation and legal research abilities. As a respected attorney, Jessica has successfully worked on several of the firm's most significant mass torts, primarily focusing in the areas of pharmaceutical liability and defective medical devices.

Jessica is highly regarded by fellow attorneys for her compassion and positive outlook. She goes above and beyond what is expected of her throughout each case, actively fighting for individuals who have suffered unspeakable harm. Jessica's dedication has resulted in securing favorable results in multiple high-profile mass torts, including representing victims of the devastating 9/11 attacks and survivors who have suffered abuse by Dr. George Tyndall of USC. Additionally, Jessica has litigated numerous other prominent mass torts, including Transvaginal Mesh, Hernia Mesh, Taxotere, Mirena IUD, and Zofran.

Jessica's diligence and exceptional litigation work with the firm's mass torts department have not gone unnoticed in the legal community. She has been selected by Super Lawyers Magazine to the New York Metro Rising Stars list each year since 2017. Most recently, Jessica was designated as one of the Top 40 Under 40 National Trial Lawyers in 2019.

With a passion for the law and desire to give back to her community, Jessica's efforts to advocate for others extend far past the confines of the courtroom. Jessica has been a proud member of the American Association for Justice since 2019. She also volunteers at Momma's House in Wantagh- a residency program serving young mothers in need of a safe home with their babies while they learn valuable life skills.

Jessica graduated with a B.A. in Political Science from Hofstra University in 2009 before receiving her J.D. from the Maurice A. Deane School of Law in 2012. She was admitted to the Bar in 2013 and is permitted to practice law in New York State. Jessica worked as an Associate at a respected mass tort firm in New York, New York for over three years before joining the Slater Slater Schulman team in 2017.