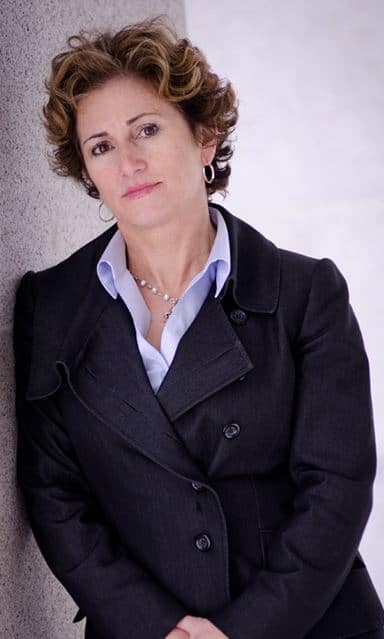 Jill Telfer is a tenacious, fearless and committed advocate for her clients. She is well-versed in the courtroom, passionate about correcting an injustice and resourceful when facing opponents with vast resources. She loves her work and it shows in her results.

Ms. Telfer created Telfer Law[1] in 1997 after working for several large firms. Opening her own firm enabled Ms. Telfer to represent victims in the more challenging cases, including lower wage earners. For over 20 years Ms. Telfer has been a trial lawyer representing people who have been subjected to improper and illegal conduct by their employer.

“I have been privileged to represent some wonderful and amazing clients who needed someone to set the record straight and hold their employer accountable for all of the harm and loss caused by the abuse of power or the failure to properly take action.”

In 1985 Ms. Telfer received her Bachelor’s of Arts Degree with honors from the University of California Santa Barbara in Political Science and in 1989 her Juris Doctorate Degree from Pepperdine University . While at Pepperdine, she earned the American Juris Prudence Award in both Intellectual Property and Trial Practice. She has been a member of the California State Bar since 1989. Although her practice is in Sacramento, she has also tried cases in both Southern and Central California.

She has been recognized in the legal community for the work she does both in and out of the courtroom. She was the first woman to be awarded the Advocate of the Year in 2004 and the Mort Friedman Humanitarian Award in 2010 by the Capitol City Trial Lawyers (“CCTLA”). In 2008, Ms. Telfer was given the honor of becoming a Barrister in the Anthony M. Kennedy Inns of Court and two years later was designated a Master. In 2016, the Inns awarded her with the Voice of Consciousness Award. She was a finalist in the Consumer Attorneys of California (“CAOC”) Street Fighter of the Year and selected Trial Lawyer of the Year by CAOC Women’s Caucus in 2010. Ms. Telfer was named as a Top 75 Employment Lawyer in 2011 by the California Daily Journal Newspaper. She was named as a Super Lawyer in 2012 and 2013 by Law and Politics. She was named as America’s Top Ten Animal Defenders in 2013 by Animal Legal Defense Fund. In 1014, and to the present, she has been named in the Top 100 Trial Lawyers by the National Trial Lawyers; in 2016 she was designated a Lifetime Achievement Honoree. 2014 Capitol City Trial Lawyers Association Advocate of the Year Nominee; and member of the American Board of Trial Advocates (ABOTA).

Ms. Telfer is licensed to practice in all federal and state courts throughout California. She has been an active member of numerous plaintiff attorney associations, including the California Employment Lawyer’s Association (“CELA”), she is a past President of CCTLA, and a former member of the Board of Governors of CAOC.

Ms. Telfer regularly lectures in the area of employment litigation and trial practice for CELA, CAOC, Continuing Education of The Bar (“CEB”), and CCTLA. She is the editor of CCTLA’s publication, “The Litigator.” She has written several published articles about employment disability law and employment litigation. Some of the articles which she has authored or co‑authored include the following:

“We Must Protect Those Who Protect Us,” Consumer Attorneys of California Forum, (Jan/Feb 2003).

“Cost Effective Measures To Enable Justice For All”, Consumer Attorneys of California Forum,(Sept. 2003).

“The Assaults on the Punitive Damage Award,” Consumer Attorneys of California Forum, (Nov. 2004)

“Effective Discovery Tips To Get Through Trial,” Consumer Attorneys of California Forum, (May 2005)

“Ripples of Hope,” Consumer Attorneys of California Forum, (May 2005).

[1]Formerly known as the Law Offices of Jill P Telfer.