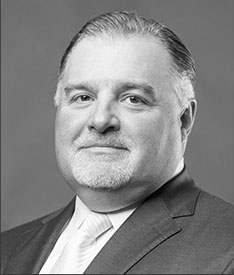 Client Distinction Award in October of 2012

Joel Roger Hamner was born in Florence, Alabama and grew up in the small town of Killen, Alabama. Growing up on a family farm, the value of hard work was instilled in Joel at a young age. Whether it was hauling hay in the summer for various farmers in the community or working in the tree trimming division of the Florence Electricity Department, the principles of hard work, perseverance, and sacrifice have guided Joel throughout his life and career.

After graduating from Brooks High School, Joel attended the University of Alabama where he studied corporate finance and investment management as well as chemistry. Initially, Joel had planned to attend medical school but after taking a business law class where he was challenged to resolve complex legal issues, Joel knew he had found his calling. Joel graduated from the University of Alabama with honors in 1991.

After graduating from the University of Alabama, Joel was accepted into the Cumberland School of Law at Samford University in Birmingham, Alabama. Although some students focused on corporate law, real estate transactions, or commercial law, Joel knew that he was destined to be a trial lawyer. As a trial lawyer, Joel knew that he could stand in front of a jury and present his client's case and seek justice for those who might not otherwise have a voice. During law school, Joel focused his studies on trial advocacy and presentation of his client's case.

Joel had to work to "pay his way" through school. Although it was discouraged by his law school professors, Joel worked at two of the most prestigious personal injury law firms in Alabama, Pittman, Hooks, Marsh, Dutton & Hollis and Emond & Vines. While working for these law firms, Joel saw first-hand how big corporations and insurance companies take advantage of the less fortunate and people who are injured.

While at Emond & Vines, Joel worked on two cases that would set him on the path to becoming a personal injury lawyer. First, Joel worked with hundreds of Alabama families who had been swindled by an unscrupulous insurance company. These families, most who were elderly and poor, had purchased burial insurance and were told that the policy they purchased would cover the "complete cost of their funeral". Of course, as the cost of funeral services increased, the insurance company refused to pay for the "complete cost of the funeral" but instead would only pay a small amount toward the funeral costs leaving most of the costs to be borne by the family. Second, Joel worked with a family whose husband and father had been crushed in an industrial accident. This man's life was tragically and needlessly ended because his employer refused to follow the most basic safety rules. Witnessing the complete lack of concern and indifference by the insurance company and the employer for the people they had wronged and the man that had been killed, Joel devoted himself to seeking justice for those who were wronged, cheated, or injured through no fault of their own.

It was during law school that Joel met the love of his life, Laura. Although they were "poor as church mice" as Joel likes to say, he and Laura got married during his second year of law school. If you ask, Joel will tell you that Laura should have a "law degree" as well because of all the papers she helped type and the long hours she helped him study.

After graduating from Cumberland in 1995 and passing the bar a few months later, Joel and Laura moved from Birmingham to Huntsville. For the next 12 years, Joel worked for two different law firms. First, as an associate with Wilmer & Sheppard and then as a partner with Wolfe, Jones, Boswell, Wolfe & Hamner.

After the birth of their children, it was then that Joel and Laura began considering where they wanted to raise their children and spend the rest of their lives. Both of them agreed that they wanted their children to grow up having close relationships with their grandparents, aunts, uncles and cousins. Having been born and raised in New England, Laura's family was in Connecticut. All of Joel's family remained in Killen. After much thought and prayer, Joel and Laura moved back home to Killen in 2007. While practicing in Huntsville, Joel had developed a relationship with Tom McCutcheon, an attorney who practiced in Florence and attended church with Joel's parents. After their first meeting, it was readily apparent that both Tom and Joel shared the same passion for representing people who had been injured in accidents. Furthermore, they shared the same desire to be the best trial attorneys in North Alabama. They knew that in order to get the most money for their clients, the insurance companies had to know that they would be willing to take any case to trial, large or small. Thus, McCutcheon & Hamner, P.C. opened its doors on March 7, 2007.

Outside of practicing law, Joel spends most of his spare time raising his children, working on his family farm, taking the occasional hunting trip, and supporting the Crimson Tide. Laura, Madeleine and Lauren are all avid tennis players as well as terrific snow skiers. Although not a tennis player, Joel can at least "make it down the slope" on the family's yearly ski trip.

Joel and his brother Wesley, a full time farmer, run a commercial cow/calf operation and he is a lifetime member of the Alabama Cattleman's Association. He is a member of the University of Alabama Alumni Association and The Crimson Tide Foundation. Joel and his family attend church at First United Methodist and he serves on numerous community boards and civic organizations.