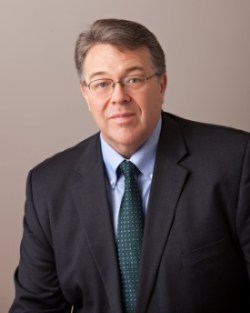 Mr. Cutler has over 30 years’ experience having graduated from Brigham Young University’s, J. Reuben Clark Law School in 1989. Immediately following law school Mr. Cutler served as a federal law clerk for the Honorable Robert G. Mooreman, Chief Bankruptcy Judge for the District of Arizona. As a law clerk Mr. Cutler further polished his legal research skills and learned how judges view cases and what helps them make their decisions.

In 1995 Mr. Cutler took his clerkship and prosecution experience into private practice. First, with the law firm Cooper, Wetzel, Avery, and Lee and then in 2003 opening his own law firm, the Cutler Law Office, P.A. The Cutler Law Office, P.A. is primarily a criminal defense litigation firm, with an emphasis on the area of DUI defense. Mr. Cutler has had numerous jury trial in State and Federal Court along with numerous motions to suppress evidence and other motions. Mr. Cutler is also a member of the Federal CJA Panel, and is appointed to represent people charge with federal crimes.

Mr. Cutler seeks to educate himself with frequent attendance at seminars on criminal defense, DUI defense and trial skills for both State and Federal Courts. In 2018, Mr. Cutler was asked by the Idaho Law Foundation to present the Criminal Law Update for the annual “Headline News” seminar in Idaho Falls Idaho. In addition, Mr. Cutler has completed both the Student and the Instructor’s Courses of the National Highway Traffic Safety Administration (NHTSA) “DWI Detection and Standardized Field Sobriety Testing” and is a qualified practitioner and instructor of the Standardized Field Sobriety Tests. Mr. Cutler believes that knowing how law enforcement is supposed to do their job helps both in analyzing and preparing a case and cross examining the officer on the stand.

Mr. Cutler has also been recognized by his peers with an AV Preeminent professional rating by Martindale-Hubble and has a “Superb” 10.0 rating by AVVO.com. His clients have also given him the AVVO Clients Choice award for 2017, 2018, 2020 and 2021. Mr. Cutler also stays active in his profession by participating on the board of directors for the Idaho Association of Criminal Defense Lawyers and the Federal Defenders’ Services of Idaho and is the State Delegate for the National College of DUI Defense.

Mr. Cutler enjoys his work and helping people with their problems. He wants to put all his experience, education and skills to use in defending you and your reputation.

Mr. Cutler was born and raised in Long Beach California where he loved the outdoors, camping and backpacking. He now loves the outdoor opportunities Idaho has to offer and his 10-minute commute. He is married (33 years and counting), with four child, and six grandchildren (and counting).