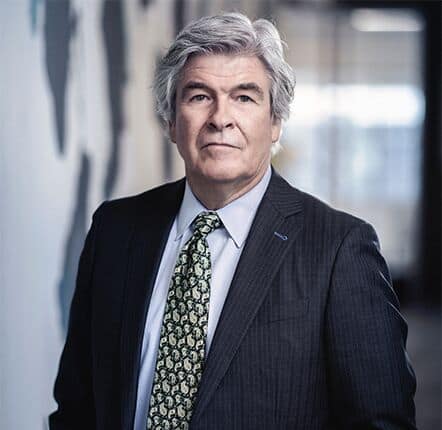 John C. Taylor is one of the most accomplished and nationally recognized trial lawyers in California. The broad variety of cases he has tried during his career is matched by few attorneys, trying more than 125 cases to verdict, including: police shootings and civil rights, sexual abuse, serious personal injury, wrongful death, products liability, insurance bad faith, and employment. He has been named “Trial Lawyer of the Year” by the Consumer Attorneys Association of Los Angeles and Verdictum Juris. He has been listed as one of the Top Plaintiff Attorneys in CA (LA Daily Journal) and voted a “Super Lawyer” every year since the award’s inception in 2004, including more than ten years in the Top 100 and Top 10 listings. He has been selected multiple times by LAWDRAGON as one of The 500 Leading Lawyers in America.

Some of his record-setting outcomes include:

$25.3 million verdict against the Westerly School, a private school in Long Beach, on behalf of a client who was subjected to sexual abuse over the course of his four years there. Stephen W. v. Westerly School of Long Beach

$18.6 million verdict for negligent entrustment of an automobile where a company president allowed his wife to drive a company-owned vehicle four days after she failed the DMV road exam and caused serious injury to a motorcyclist. Mallabo v. Wan Hai Lines (America)

$14.4 million verdict in a negligence case where an improperly serviced asphalt truck caused a chain collision on the freeway. Two people died and one suffered severe brain damage. Pascua/White vs. Industrial Asphalt

$12.9 million verdict for a truck driver seriously injured when the defective pallet jack toppled over on him at a delivery location. Munoz vs. Sierra Autocars, Inc.

$10 million verdict in a wrongful death case against the LAPD, 30 years in the making. In a published decision, the California Court of Appeal upheld the verdict against Los Angeles Police Detective Stephanie Lazarus for the murder of Sherri Rasmussen more than 30 years ago. Nels Rasmussen et al. v. Stephanie Lazarus

$8.05 million verdict in a sexual abuse case where a 14-year-old female student was manipulated into a sexual relationship with her eighth-grade teacher. The school district was liable for its negligent supervision of the student and the teacher. M. vs. Pomona Unified School District

$5.4 million verdict in a sexual assault case where a 37-year-old woman was sexually battered and raped in a West Hollywood nightclub by a staff member. Janice H. v. Here Lounge

$5.1 million verdict for Insurance Bad Faith—Failure to timely resolve UIM claim. Defendant maintained a list of and discriminated against lawyers who primarily represented African Americans and Hispanic claimants and company policy to cases.

$5 million settlement for a client who, while working as a student driver for a national trucking company, was raped by her Lead Driver.

$4.6 million settlement in a case where an unarmed man was shot and killed by a Los Angeles County Sheriff’s Deputy. Bowers vs. County of Los Angeles

$3.3 million verdict against the U.S. Border Patrol, to parents of 2 students killed when walking to school, struck by fleeing car chased by U.S. Border patrol agents. Murillo vs. United States of America

$3.1 million verdict for battery and conspiracy against nightclub owner in business dispute with client who was kidnapped at gunpoint and shot when jumping from car to escape. Chao v. Ma

Many of John’s cases have been covered extensively in the media, including his representation of the mother of a Lana Clarkson who was murdered by Phil Spector. He also represented the family of Sherri Rasmussen, who was beaten and shot by LAPD officer Stephanie Lazarus in 1986; the case went unsolved for more than 20 years because the LAPD believed it was a botched burglary. In a published decision, the Court of Appeal upheld a $10 million dollar verdict against Lazarus in 2018.

John also represented Gilberto Santillan, a local (Manhattan Beach) waste collector, in his wrongful termination case against USA Waste of California Inc. in Federal Court. John appealed the lower court’s ruling in favor of USA Waste to the Ninth Circuit Court of Appeals, who in a published decision, concluded that “federal immigration law did not require [Mr. Santillan] to provide proof of employment eligibility.” The Ninth Circuit’s ruling paved the way for Mr. Santillan to proceed with his lawsuit which resolved shortly before trial.

John currently represents the Corado family in their wrongful death lawsuit against LAPD for the shooting death of their daughter Mely Corado in 2018. Mely, an assistant manager at Trader Joe’s in Silverlake was an innocent bystander, shot and killed by the police who fired into the front of the store pursuing a criminal suspect.

He also represents the Lang family whose son and brother was killed by the Redding Police as he returned to his vehicle after an afternoon walk. Donnell Lang, the decedent was unarmed at the time of the shooting.

John Taylor and Neil Gehlawat are currently representing the family of Kurt Reinhold, an unarmed, homeless Black man killed by deputies in the Ocean County Sheriff’s Office. John and Neil have filed a wrongful death claim against the department.

John continues to play an active role in the legal community, serving as an Emeritus member of the Board of Governors for the Consumer Attorneys Association of Los Angles since 1985 and also having served on the Board of Governors for Public Counsel, the nation’s largest pro bono law firm. John is also a frequent speaker at educational seminars, having spoken on numerous topics and participated in trial skills demonstrations for CAALA, ABOTA, the Orange County Trial Lawyers Association, and at Loyola Law School and Whittier Law School.

A graduate of Ohio University and McGeorge School of Law, John began his career working for the Sacramento County Public Defender’s office, before moving on to work as an insurance defense lawyer. After several successful years as defense lawyer (including becoming the youngest partner ever at his firm), John became a founding partner at Greene, Broillet, Taylor & Wheeler, which went on to become one of the premier plaintiff’s firms in California. In 2002, John left the firm and teamed up with Dave Ring to create Taylor & Ring, where he continues his successful practice.

McGeorge School of Law, University of the Pacific, Sacramento, California

Recipient, Trial Lawyer of the Year Award from the Consumer Attorneys Association of Los Angeles (CAALA)

Recipient, Superb (10 out of 10) Rating on the web site Avvo.com

CAALA, Board of Governors