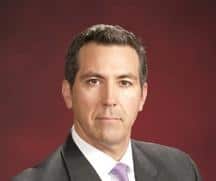 John Million Turco has always sought challenges. After serving as an officer in the United States Marine Corps, Mr. Turco attended law school and graduated from Whittier Law School. While in law school he earned the Am Jur BanCroft Whitney award for the highest grade in his class in the area of Constitutional Law.

Following law school, he opened up a criminal defense law office in Las Vegas. Through hard work and diligence, he built a highly respected and successful criminal defense practice. In the fifteen years he has practiced he has represented over 10,000 clients. He has tried hundreds of cases in the Las Vegas courts.

Mr. Turco has forced the State to follow constitutional protections and procured the release of clients wrongfully accused. In State v. Burnside, 10F11935A, Mr. Burnside was charged with Conspiracy to Commit Robbery, two (2) counts of Robbery with Use of a Deadly Weapon, and Burglary while in Possession of a Firearm. After careful review of the videotape, Mr. Turco determined that the individual who robbed the Subway could not have been his client. After vigorous engagement by Mr. Turco, the State was forced to release his client and dismiss all charges. In State v. Dumorne, Mr. Dumorne was accused of fondeling his step daughter. He was charged with one count of lewdness with a minor under 14 and faced a life sentence. After intensive review and examination, the alleged victim admitted the accusation was false. Through his aggressive and continuous efforts the charge was dismissed.

Mr. Turco has been very successful in creating new law. In State v. Johnson, No. 31368, the case involved the search of a vehicle and subsequent drug trafficking charges. Mr. Turco took the case all the way to the Nevada Supreme Court. He argued to the Supreme Court that the search of the vehicle by the police was illegal and that the drugs found should be suppressed. The Court ruled that Mr. Turco was correct and that the police had exceeded their authority and the case was dismissed. New Nevada law was created.

Mr. Turco has also been zealously defending the rights of Nevada citizens authorized to use Medical Marijuana. He is currently arguing several cases which are headed to the Nevada Supreme Court, thus potentially making new law favorable to the citizens of Nevada.

Mr. Turco has been a guest on multiple occasions, along with his partner, on Nevada's Newsmaker/Public Policy Television Show ?Face to Face? on Channel 3. He has numerous cases that have received media coverage due to their nature.

Mr. Turco has always been an aggressive competitor. He earned a full athletic scholarship to the University of Florida as was the Southern Conference Champion in 1988. He was also an officer in the United States Marine Corps. He is actively involved in Devil Pups Program which helps at risk youth and change their lives.