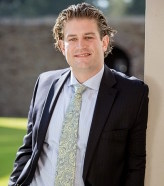 Jonathan Armour is an associate at The Lanier Law Firm Houston office. He represents clients in a variety of civil litigation matters, including toxic torts, and asbestos related injuries.

Born and raised in nearby Cypress, Texas, Mr. Armour lived his entire life in Houston, Texas. He graduated from Cypress Creek High School and earned his undergraduate degree from Texas A&M University in 2007. He then earned his law degree at the Texas Tech University School of Law where he served as President of the Student Bar Association and was an active member of the National Mock Trial Team.

Mr. Armour lives in Houston with his wife Natalie and their son where they attend Champion Forest Baptist Church. Mr. Armour enjoys playing sports and never misses a chance to cheer for the Aggies and Red Raiders, as well as the Houston Rockets, the Houston Texans, and of course the Houston Astros.