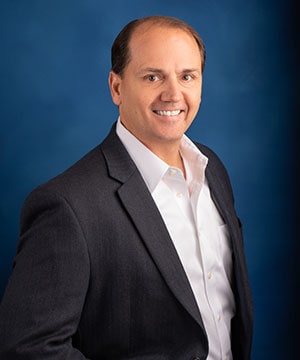 Joe Camerlengo is a founding partner of The Truck Accident Law Firm where he maintains a nationwide trial practice specializing in the areas of serious personal injury and wrongful death caused by trucking, bus, and commercial motor vehicle crashes.  He is extremely hardworking and a relentless advocate for his clients.  Joe is board certified in truck accident law by the National Board of Trial Advocates and board-certified in civil trial law by both the Florida Bar and the National Board of Trial Advocates.  Joe is a member of ABOTA, has achieved a preeminent AV rating by Martindale Hubbell, and has been voted a Florida Super Lawyer in Civil Trial and Personally Injury Law every year since 2008. He has also been selected as a National Trial Lawyer Top 10 Trucking attorney.

Joe is passionate about making our roads safer by pursuing and helping other attorneys pursue, bad trucking companies and dangerous truck drivers. Joe remains actively involved in the leading trucking litigation attorney organizations. Joe is a past President of the Academy of Truck Accident Attorneys, an officer and executive board member for the American Association for Justice Trucking Litigation Group, Past Chair of the American Association for Justice Bus Litigation Group, Co-Chair of the Florida Justice Association’s Trucking and CMV Crash Section and serves on the board of the National Board of Trial Advocates and the National Board of Trucking Trial Advocates. Joe speaks all over the country on issues relating to handling trucking crash cases and advanced trial techniques. He has been a repeat speaker for the American Association for Justice, the Florida Justice Association, the Academy of Truck Accident Attorneys, the 360 Advocacy programs, Trial School, Case Analysis, Trial Lawyer Nation, and many other state trial lawyer organizations.

Joe began his legal career defending insurance companies and corporations for 7 years before founding the Camerlengo Law Group in 2001 to focus on civil justice. He has been representing plaintiffs in serious injury and death cases since then and enjoys the challenge of taking on large corporations and insurance companies. In 2014, Joe and his team joined Coker, Shickel, Sorenson, Posgay, Camerlengo & Iracki. In 2017, Joe joined forces with leading trucking trial attorneys Michael Leizerman and Joe Fried to form The Truck Accident Law Firm, handling trucking crash cases all over the country with their main office in Jacksonville, Florida.

Joe is a double Gator, having received his B.S.B.A. in Finance in 1991 and his Juris Doctorate from the University of Florida Levin College of Law in 1994, both with honors. Joe has been a member of the Florida Bar since 1994 and is also admitted to the United States District Court, for the Southern, Middle, and Northern Districts of Florida and the United States Eleventh Circuit Court of Appeals. He has handled high-profile cases throughout the country via pro hac admissions, including Las Vegas, Nevada, Chicago, Illinois, New York, West Virginia, Georgia, Mississippi, Maryland, South Carolina, and more.

Joe is actively involved in the Florida and Jacksonville Bar and his community. He is a recognized leader on diversity and inclusion issues. Joe served on the Florida Bar’s Diversity and Inclusion Committee since its inception, serving as chairman in 2011-2012. He is a Past President of the Jacksonville Bar Association. Joe also supports several charitable and community organizations such as the American Cancer Society, the Jacksonville Host Committee for Florida’s Children First, and Leadership Jacksonville. He enjoys coaching kids’ sports, playing golf, working out, surfing, and, most importantly, spending time with his wife and their daughters.

Warrington College of Business, B.S.B.A. in Finance with honors (1991)

Board Certified in Truck Accident Law, National Board of Trial Advocacy (NBTA)

Board Certified in Civil Trial Practice, The Florida Bar

Board Certified in Civil Trial Practice, National Board of Trial Advocates

Board Certified in Civil Trial since 2011

National Board of Trial Advocates

American Board of Trial Advocates, since 2015

Appointed to President’s Special Committee on Diversity    and Inclusion (2010)

American Association for Justice, since 2001

University of Florida Bull Gator, Since 2006