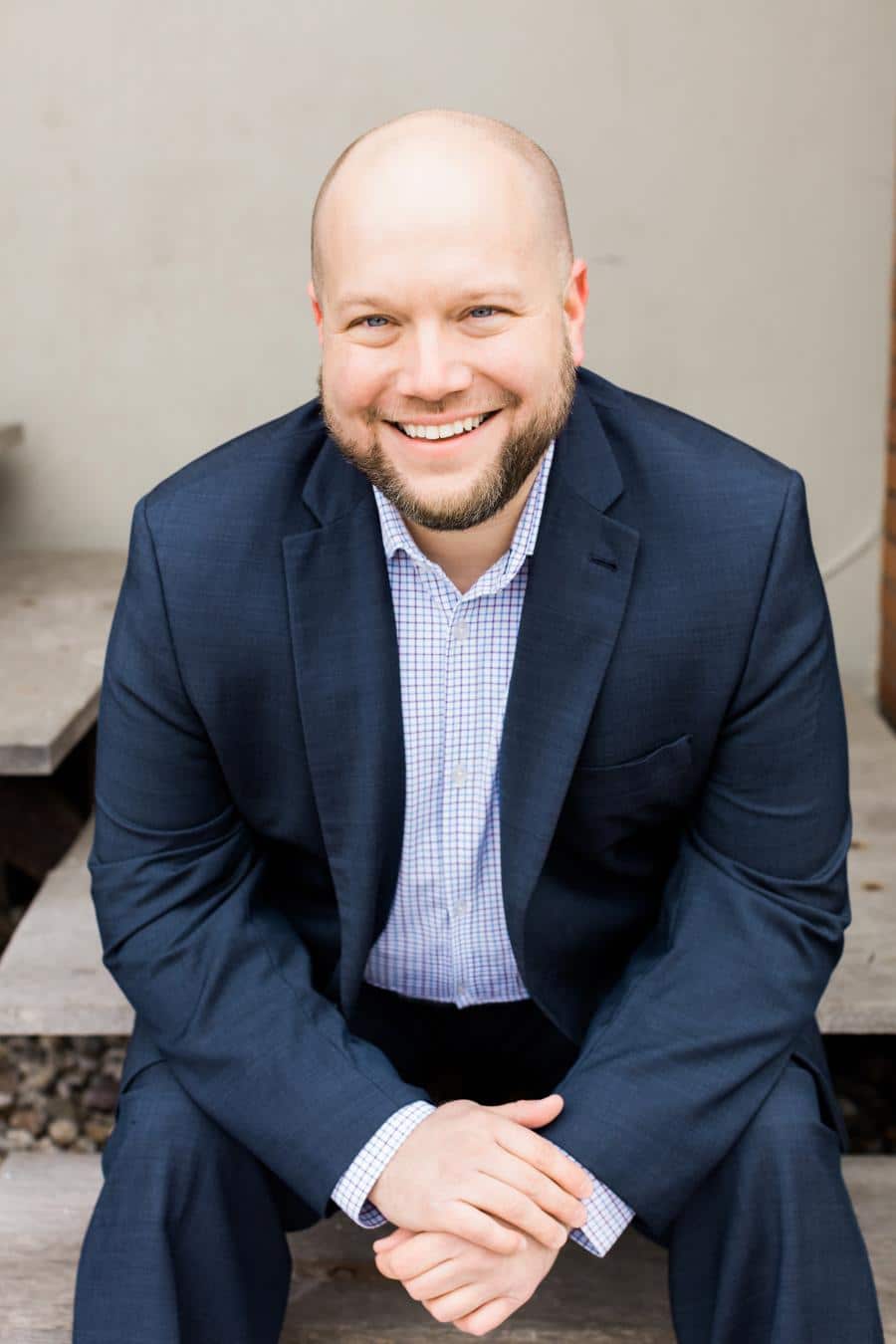 Josh Rohrscheib is partner at Bolen Robinson & Ellis, LLP. Prior to joining BRE Law, Josh served as an associate in the Washington, D.C. office of a global law firm, as General Counsel of a mid-sized trucking company, and practiced with other firms in the Decatur area, including his own.

Following graduation, Josh was an Associate in the Washington, DC office of a global law firm, practicing primarily in their Government Affairs Group, where he was engaged in legislative and regulatory advocacy at the federal and state level. While there, he co-authored "National Australia Bank and the Threat of Global Class-action Securities Suits," a white paper published by the Washington Legal Foundation.

In 2009, Josh returned to Central Illinois to gain experience in general law practice. He practiced with two small firms in Central Illinois ? providing legal representation and counsel to clients in a variety of areas, including municipal law, commercial litigation, real estate transactions, business law, insurance law, labor law, estate planning, and family law. He also served as General Counsel to a $100+ million privately-held trucking company, where he provided legal counsel to their leadership team, drafted lease agreements and other contracts, led various negotiations, and advised the Company on employment disputes.

After briefly returning to Washington in the fall of 2011 to serve as a Policy Fellow for the Democratic Congressional Campaign Committee, Josh returned to his hometown area of Decatur. He felt he now had the professional experiences in the law, public policy, and government affairs to open his own general practice law firm

In addition to his legal practice, Josh enjoys teaching. While at the U of I, he served as a Public Speaking Instructor in the Department of Communications, and was recognized by the students for teaching excellence. Here in Decatur, Josh has served as an Adjunct Professor at both Millikin University and Richland Community College, teaching courses in law, political science, and political communication.

Josh has a strong interest in public policy and public service. Prior to law school, he worked as a policy analyst in the Illinois State Senate. In 2008, he was selected by the Obama campaign to join a small team of attorneys to conduct sensitive background investigations and prepare extensive vetting reports on prospective Vice Presidential nominees, Cabinet members, and Executive Branch senior staff. He also provided research assistance to the Transition Team working group on Technology, Innovation and Government Reform, helping to develop policy proposals for the administration. Currently, Josh serves as the chairman of the Macon County Young Democrats, as a Member of the Macon County Jefferson-Jackson Club, and as a Democratic Precinct Committeeman.

Josh is very active in our community. Josh serves on the Board of the Directors of the Decatur Area Arts Council, the Decatur Public Library Foundation, and the Decatur Celebration. He previously served on the Steering Committee of the Young Philanthropists' Giving Circle. His service was recognized when he was named to the Central Illinois Business Journal's list of 20 People Under 40 Who Make a Difference in Central Illinois. In 2014, he was nominated for the Greater Decatur Chamber of Commerce's Entrepreneur of the Year Award.