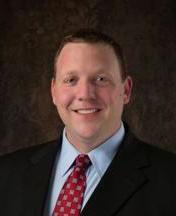 Joshua J. Reicks was named partner at Schoenthaler, Bartelt, Kahler & Reicks in 2013. Josh practices mainly in the areas of criminal defense, family law, personal injury, real estate and estate planning. Josh has committed his practice to actively protecting the rights of those who have been aggrieved, injured, and accused.

Josh graduated in 2004 from Iowa State University with a Bachelors of Arts in Political Science and a minor in Speech Communication. After graduation, he worked at the University of Wisconsin Stevens Point, where he met his wife, Brielle. In 2009, Josh graduated from Drake University Law School, where he participated in the general practice clinic and completed internships with the Iowa Attorney General's Office, the Dallas County Attorney's Office and the Story County Attorney's office. Upon graduation from law school in 2009, Josh joined the Schoenthaler law firm.

He is admitted to practice law in the State of Iowa and in the Northern and Southern Districts of Iowa. Josh is a member of the Jackson County and Iowa State Bar Association and is a member of the Dillon Inn of Court in the 7th Judicial District. Josh is also a Certified Coach in the State of Iowa and enjoys many sporting activities in his spare time, along with his twin passions for reading and writing.