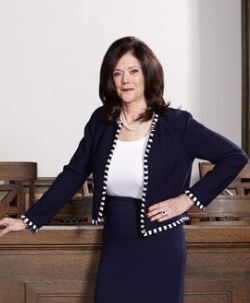 Kathleen Zellner has the rare distinction of having won major verdicts in civil and criminal cases. Most trial attorneys only try cases in one area of law. Ms. Zellner has won first degree murder trials, multi-million dollar civil verdicts, criminal and civil appeals, and post-conviction exonerations.

She is the only trial attorney in the United States who has won 5 multi-million dollar record verdicts in the span of 11 months. She currently has the highest civil rights verdict in the United States calculated per months of incarceration, totaling $1 million per month. Additionally, she has the highest false arrest settlement, calculated at $15,555 per minute for a total of $1.4 million for a 90 minute false arrest. There is no other civil rights attorney in the United States who has won larger verdicts when the months of incarceration or the minutes of false arrest are calculated. By monthly comparison, a $21 million verdict for 11 years would be $159,000 per month. Another example is a $9 million verdict for 4 years imprisonment, totals $187,500 per month.

The underlying premise of Zellner's remarkable success is that she is not just 'practicing' law, she is getting unparalleled results. Her ability to win in the courtroom, no matter the type of case, is the result of her creative trial strategies to winning for the victims of injustice.