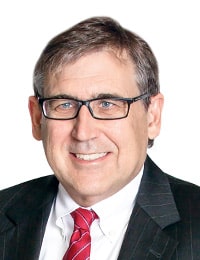 Kevin P. Parker is the head of the Issues and Appeals Section of The Lanier Law Firm. His pre-trial work insures that client cases will stand the test of an appeal. Mr. Parker is an accomplished lawyer, having personally handled more than 20 cases at the appeals court level. He was a key member of the firm's Pinnacle bellwether trial team that won a $1 billion combined jury verdict and a $502 million jury verdict in 2016. He is board certified in civil appellate law by the Texas Board of Legal Specialization.

Mr. Parker earned his law degree at Texas Tech University School of Law in 1986. He worked for a large Amarillo firm for eight years before joining the Lanier firm in 1994. Mr. Parker is a member of the Appellate section of the State Bar of Texas, and is licensed to practice in Texas state and federal courts, the United States Courts of Appeals for the Second, Fifth and Tenth Circuits and the U.S. Supreme Court.

A member of the Christian Legal Society, Mr. Parker lives in Houston with his wife Renee and their two children, Amy and James. Mr. Parker and his family are integrally involved in promoting the rights of persons with disabilities in Houston and across the United States as volunteers for the Family to Family Network. Mr. Parker also serves on the board of elders and as a youth ministry volunteer for Cypress Bible Church.