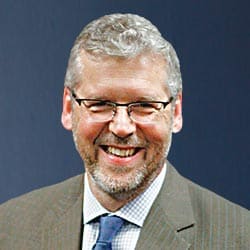 Judge Kevin Sharp is the Nashville Managing Partner of Sanford Heisler Sharp, LLP, a national law firm with offices in the District of Columbia, New York, California, Tennessee, and Maryland, and a Co-Chair of the firm’s Public Interest Litigation Practice Group. He joined the firm after serving as a judge on the U.S. District Court for the Middle District of Tennessee from May 2011 through April 2017, including service from 2014 to 2017 as the court’s Chief Judge. Judge Sharp received his J.D. from Vanderbilt University School of Law and his B.S. from Christian Brothers College.

In his judicial role, Judge Sharp handled many high-profile cases, including Young v. Giles County Board of Education, granting an injunction against school officials who prevented a student from wearing a shirt that read “Some People are Gay. Get Over It!”; Rodriguez v. Providence Community Corrections, Inc., halting the practice of a private probation company, in violation of the Fourteenth Amendment, seeking to jail probationers when the only violation alleged was nonpayment of court costs and fines; and Marshall v. ESPN, Inc., et al., a case garnering national attention addressing the right of publicity by college athletes.

Judge Sharp is presently lead counsel in the General Electric ERISA Class Action in which the plaintiffs assert GE and the Plan violated the Federal Employee Retirement Security Act by breaching their fiduciary duties and engaging in prohibited transactions and unlawful self-dealing detrimental to the named plaintiffs and the class. He is also lead counsel in a wrongful termination lawsuit against the Metro Nashville Airport brought by the Airport’s former President and CEO. Additionally, Judge Sharp is lead counsel in an age discrimination collective action against Volkswagen of America and VW AG currently filed in the federal district court for the Eastern District of Tennessee. He further represents multiple Virginia localities, including the City of Alexandria, the City of Winchester, the City of Martinsville, Arlington County, Dickenson County, Lee County, Loudoun County, and Washington County, Virginia, in opioid epidemic investigations and lawsuits that were the first in the Commonwealth pursuing legal action against opioid manufacturers, distributors and pharmacy benefit managers.

Earlier in his career, Judge Sharp served as an attorney in the Office of Compliance of the U.S. Congress from 1996 to 1997. Prior to attending college, he served in the United States Navy, specializing in in-flight communications aboard the P-3 Orion operating in antisubmarine warfare and reconnaissance capacities. Currently Judge Sharp is working with several national organizations on criminal justice and sentencing reform issues.