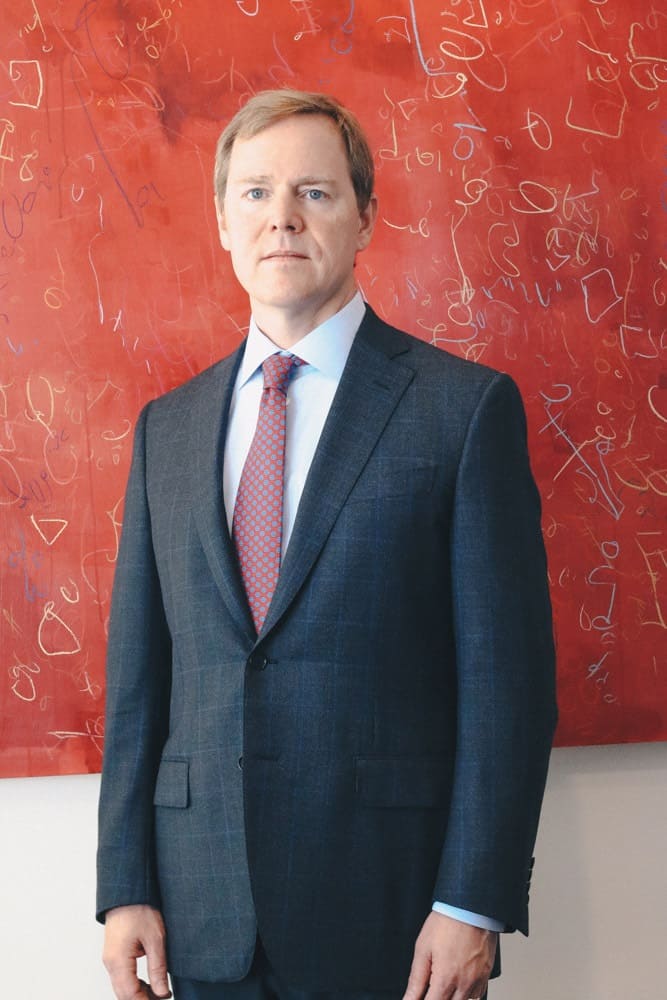 Lloyd Bell, founder of Bell Law Firm, is an experienced trial lawyer who has served as lead counsel in over 75 jury trials across the United States. He has obtained dozens of record verdicts and settlements for his clients including:

Born in Atlanta, Georgia, Lloyd began his legal career as a Captain in the US Army JAG Corps representing soldiers.Â After leaving the JAG Corps, Lloyd worked for three years as an insurance defense attorney, learning the ins and outs of what is now his primary opposition. He then founded Bell Law Firm in 1999, and has dedicated his practice exclusively to the representation of the seriously injured.

Where Lloyd truly shines is in the courtroom. He has tried over 75Â jury trials in courtrooms around the country, and is known for passionate, fearless advocacy that consistently results in favorable verdicts for his clients.

Lloyd has been recognized in the community as one of the leading trial lawyers in Georgia. Â He has been selected by Atlanta Magazine as a â€œSuper Lawyerâ€? in the area of Plaintiffâ€™s Personal Injury every year since 2005. In addition, Georgia Trend Magazine has recognized Lloyd as a member of Georgiaâ€™s â€œLegal Eliteâ€? every year since 2009. And since 2005, he has enjoyed the coveted â€œAVâ€? rating from Martindale-Hubbell, the highest possible rating a lawyer can receive, reflecting superior legal skill and the highest ethical standards.

In addition to proven trial skills, Lloyd also brings to the courtroom a strong science background, which allows him to help jurors understand complex medical issues. Lloyd graduated,Â with distinction,Â with a degree in biology, and upon graduation, he was honored for achieving the second highest grade point average in his major. His science background serves him well in helping juries understand the sometimes-complex medical issues involved in traumatic injury cases.

An Atlanta native, Lloyd is a 1985 high school graduate of The Lovett School, a 1989 graduate of the Virginia Military Institute,Â with distinction,Â and a 1992 graduate of Mercer University Law School in Macon, Georgia. He was admitted to the Georgia Bar that same year.

While a law student at Mercer, Lloyd was selected to the Board of the prestigious American Bar Association Moot Court Team, where he competed against other law students from around the Southeast. He was also a finalist in the â€œBest Advocateâ€? oral argument competition. He is a member of the Atlanta Bar Association, Lawyers Club of Atlanta, Georgia Trial Lawyers Association, the American Association for Justice, formerly â€œATLAâ€?. Â Lloyd served in the U.S. Army Reserve from 1997-2003, and received an honorable discharge after achieving the rank of Major.

â€œI enjoy fighting for the underdog,â€?Â says Lloyd.Â â€œHaving worked for insurance defense firms early in my career, I understand the vast resources that insurance companies spend to fight legitimate claims. People who are seriously injured by the carelessness of others need the best possible representation from experienced lawyers who are not afraid to take on the Goliaths in the insurance world.â€?

â€œI have a compelling drive to not just fight hard for my clients, but also to win their cases and ensure they are fairly compensated for their injuries,â€?Â he continues.Â â€œI enjoy getting to truly know and understand my clients. Only by spending the time to understand the hardships our clients face after suffering a brain or spinal cord injury can we be in a position to help a jury understand and reach a fair verdict.â€?

2007,Â â€œWinning Attorneys Fees from the Stubborn and the Litigiousâ€?,Â Institute of Continuing Legal Education.

Board Member, Side By Side Clubhouse, Brain Injury Rehabilitation Facility

1992-1996Â U.S. ARMY JAG CORPS, TRIAL DEFENSE SERVICES Captain: Trial Counsel Served initially as a prosecutor in all types of cases ranging from DUIâ€™s to first degree felonies. After three years as a prosecutor, selected to serve as a Trial Defense Counsel on the West Coast representing soldiers accused of all variety of crimes.