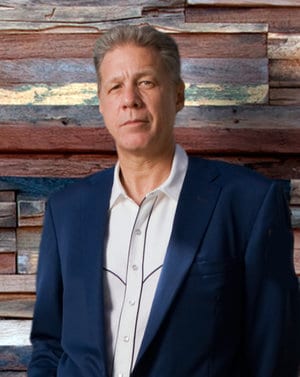 Mark Mueller grew up in rural Wisconsin, attended Colorado College for a year, and graduated with a B.S. in psychology and a minor in philosophy from the University of Wisconsin-Madison. Tired of cold weather in the Midwest, he moved to Texas for law school at the University of Houston Law Center (J.D. 1981). Since then, Mark has taken and passed four state bar exams (Wisconsin, Texas, Montana, and Louisiana) and has been admitted by reciprocity in Georgia, Oklahoma, and Pennsylvania.

He began his private law practice in Orange and Houston, Texas, with his good friend and law school mock trial teammate, Dennis Powell, who is now a state district judge in Orange. Their practice consisted mainly of criminal defense and general personal injury cases. After leaving the partnership, Mark began to concentrate on personal injury matters, specifically medical malpractice cases. He eventually developed a national reputation for obtaining high settlement values and winning verdicts in complex and challenging birth injury cases in a wide variety of venues throughout Texas and other states.

His work and cases contributed to groundbreaking medical publications and presentations on uterine hyper-stimulation, the effects of mechanical forces on brain blood flow dynamics, the nature and frequency of vacuum extractor brain injuries, and the use of demonstrative evidence combining photos, MRI scans and graphics to show the mechanism of injury in a birth injury case. In addition to his substantial and often precedent-setting birth injury work, Mark has handled a wide variety of cases including those involving chemical and radiation exposures, business fraud, insurance bad faith, electrocutions due to faulty products, deaths and injuries from unsafe industrial and household products, deceptive trade practices, Native American land rights, premises liability for rapes and assaults from poor security or defective locks, doors, or windows and sexual misconduct against religious orders, therapists and counselors.

He has handled high profile cases, such as the so-called "Texas Condom-Rape" case, where his efforts led to reform of the grand jury system by using professional counselors to educate grand jurors about rape trauma and responses. This led to the successful prosecution of his client's rapist and ultimately to a civil suit recovery against the landlord for failure to have properly working sliding glass door latches.

Mark has been involved in a wide variety of environmental and progressive groups and causes over the years. He has served as a rape crisis volunteer counselor and volunteer legal counsel for a number of public interest and non-profit organizations. He also attended and has taught for several years at the nation's finest program for trial lawyers, the Trial Lawyers College – founded by the nation's best trial lawyer, Gerry Spence of Wyoming.

In 2009, Mark accepted a pro bono case involving a mother's unprecedented effort to retrieve sperm from her murdered son for future use with a surrogate mother. In that case, Mueller orchestrated a successful court hearing in less than three hours, which led to the mother's recovery of her son's sperm. These cases and others have led to appearances on Oprah Winfrey, Good Morning America, The Today Show, Montel Williams, and others as well as national front-page news coverage by the New York Times and other outlets, including legal and general interest magazines.

Mark is widely known for his unconventional style and sense of humor, as well as for his optimism, focus, and imaginative approach to problems and solutions. In addition to his law firm, he also owns and operates Voodoo Cowboy Entertainment in Austin, which served as executive producer of "Downloading Nancy" (Sundance 2008) and as producer of "The 2 Bobs" (SXSW 2009).

He has two sons, 30-year-old identical twins (Max and Andy) who are writing, recording, performing, and preparing to tour the West Coast with their band, Twin Sages. In addition to his sons, Mark's immediate family consists of two lovable pit bulls, Ruby and Louie.

Mark's interests include philosophy, shamanism, travel, conscious media, personal and global transformation, art, music, fashion, and working with a diverse and multicultural group of friends and associates. He also hosts the party of the year in Austin.

Rights and Remedies Available in Federal Litigation Brought by the FDIC and Its Transferees, Journal of the American Bankruptcy Institute, March 2011.

Extraterritorial Applicability of the Fourth and Fifth Amendment Protections: The U.S. Constitution as Pact or Universal Declaration of Rights, Harvard International Law Journal, 1992.

Technology Transfer to the Former Eastern Bloc Nations: Lessons the East Can Learn from the Failed New International Economic Order, Harvard Journal of Law and Technology, 1991.